Feedly doesn't want to go the way of Google Reader, so it is now rolling out a monthly subscription model to everyone in hopes of keeping the lights on. We've known about this for a while now, as the company offered 5,000 lifetime subscriptions for $99 earlier this month. They promptly sold out, providing them with $500,000 of cash to help get things off the ground. Early backers, and those who choose to subscribe now, get access to the first batch of pro features, such as the ability to search through articles and quick one-click integration with both Evernote and Pocket. 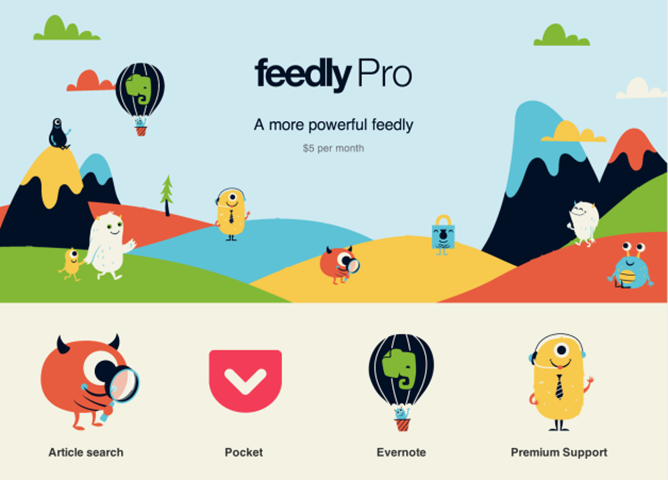 New Feedly Pro subscribers will have to pay either $5 a month or, if they're committed, $45 a year. The latter options saves users 25%, a significantly larger bone than most companies are willing to throw. Feedly plans to introduce new features regularly, perks aimed at more passionate users that will ultimately help make the service more sustainable in the long run. Running a cloud-synced RSS reader is neither cheap nor easy, a truth we've also seen drilled home by the folks behind The Old Reader.

Anyone interested in signing up for Feedly Pro can head over to the company's sign-up page, but those who aren't interested in handing over money need not fret. The free app is still available in the Play Store, with basic features for casual users intact.

[Update: Pricing And More] Samsung HomeSync Drops Into Online Store Along With PDF Manual, But ...