It looks very likely to be the case that Motorola will be charging a little extra for the wooden backs on the Moto X, and by a little, I mean in the neighborhood of $50 compared to the plastic X. Is there $50 of wood, workmanship, and assembly there to justify this premium? Of course not. It's an option that, like most "premium" add-ons for everything from cars to kitchen appliances, is there for those people willing to pay to get it. No one needs a phone made of wood, aluminum, or rich Corinthian leather. It's an upsell, and if you think you're generally going to get a "fair" price on an option that isn't included with the base model product, you're probably deluding yourself. That's just a reality of buying stuff generally. Look at the cost of bumping a phone's storage to the next tier, even $50 is a ludicrous increase compared to the actual cost of the added memory. 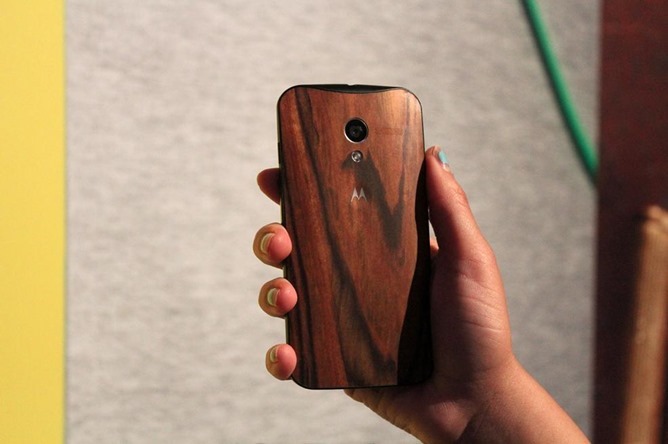 But, of course, people will buy the Moto X with wood backings, and they probably won't lose any sleep over the extra $50 it's going to cost them. They may even think it's a reasonable markup. Those that don't may call them suckers, fanboys, or hipsters, but it doesn't really matter, does it? If it sells, it sells. If it doesn't, maybe Moto will drop the price of the option.

Me, personally? I readily admit that I will pay too much for something if I decide I really want it. If Samsung offered the Galaxy S4 in a premium Kevlar or hard polycarbonate shell for $50 more, and I was buying one, I'd shell out the extra cash almost unquestioningly. Does that make me a bit foolish? I guess that's a matter of opinion.

The point is this: some people clearly will happily pay more for something they want. Whether it be a matter of exclusivity, perceived superiority of the product, or simple fashion sense, many of us pay more for things we want simply because we have decided that we want them and that's the end of the matter. Some people revile the idea of being "ripped off" for a feature or add-on that doesn't add any functional value to the product or that is simply overpriced. It's a polarizing set of personal philosophies that can really heat up the comments section of any blog in a heartbeat.

So what say you? Is it worth the markup for unique, exclusive, even premium construction materials on a smartphone? Answer in the poll and express your feelings in the comments below.