I personally like the idea of a smartphone that docks into a tablet. The ASUS PadFone 2 strives for the joy of both form factors without the hassle of maintaining two separately. Those who happen to own the device have seen a steady stream of updates roll out as the months have gone by. While the latest update may not jump the device past version 4.1, it does usher in a slew of bug fixes and other general improvements. 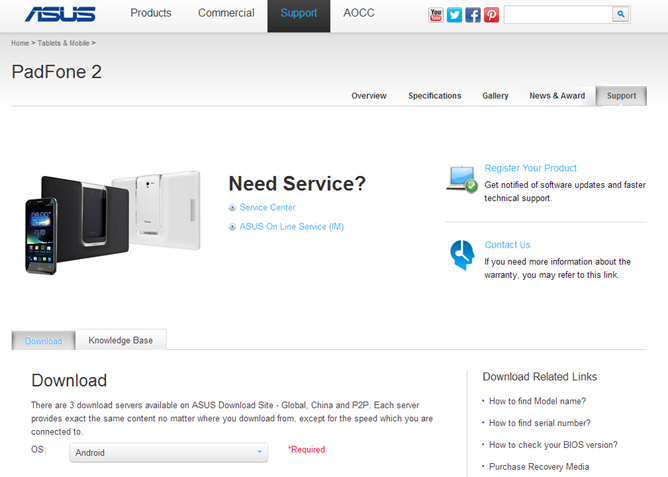 While most of the changes take place behind the scenes, there are a few user-facing improvements to share. The keyboard's vocabulary database has been expanded and the camera's automatic white balance has been optimized.

The entire update is 766MB large. It's distributed as .zip files and divided up according to device SKU. Just check under "Firmware" and search for the correct version before updating.