Google has just posted updated factory images and driver binaries for the Nexus 7 (2013 and 2012), Nexus 4, Nexus 10, and Galaxy Nexus (yakju / takju variants) based on the new Android 4.3 bugfix builds JWR66Y and JSS15Q (2013 Nexus 7 only). The new builds follow OTA updates that have been rolling out over the last couple of days. 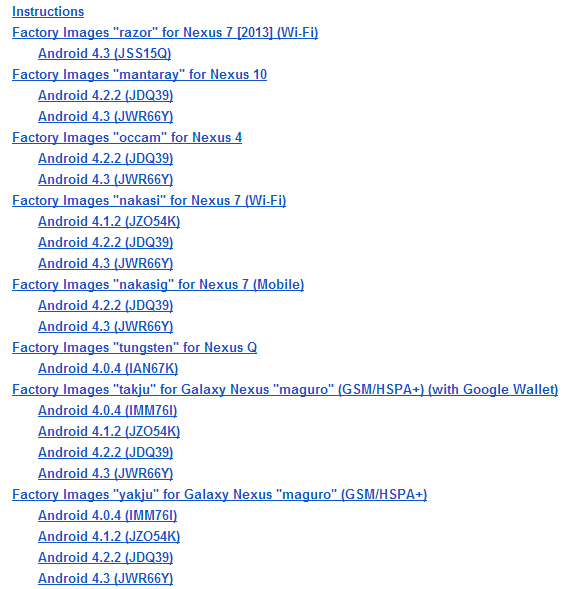 You can get the binaries and images at the links below. So get downloading! You can find the developer changelogs for these new versions here. General flashing instructions for the 2012 Nexus 7 are here, 2013 Nexus 7 here, the Galaxy Nexus here, and the Nexus 4 here.