The mini-fied HTC One, for those who may have forgotten, is a 4.3" device with a 720p resolution (that's ~340ppi), an 1800mAh battery, Snapdragon 400 dual-core processor at 1.4GHz, 16GB built-in storage, and 1GB of RAM. Though its screen and specs are downsized, the phone still carries some of the hardware - including front facing speakers and Ultrapixel camera - that made the HTC One a hit. 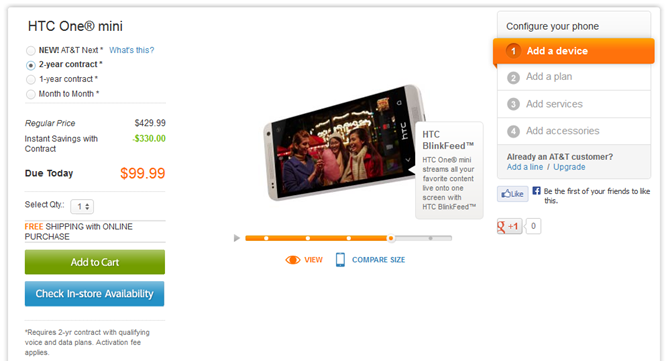 If you're ready to jump on board AT&T and have been waiting for the One Mini to hit, now's your chance. Just hit the link below.

Source: HTC One Mini on AT&T