If you missed out on Woot.com's Sony Internet Player deal last week, Best Buy's Deal of the Day has something that will make you smile. The NSZ-GS7 is again on sale for 50% off, bringing the price down to a more affordable $99.99. And unlike the Woot.com deal, this one comes with free shipping. Just take action before today is over - you wouldn't want to miss out on this deal a second time. 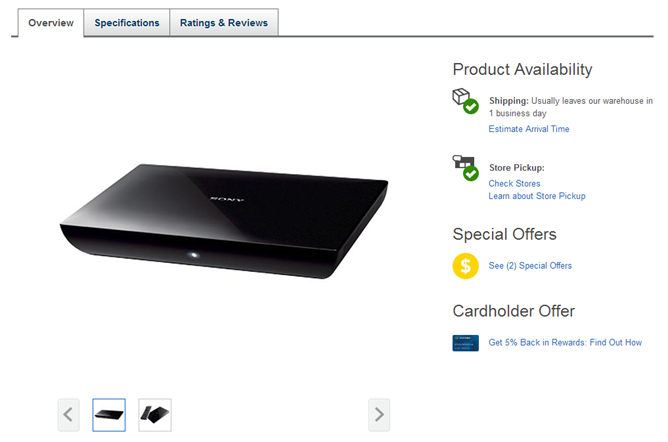 Yes, $99.99 is pricier than a $35 Chromecast, but there are two key differences to bear in mind. One, you can actually get your hands on a Sony Internet Player right now. Two, Chromecast isn't the Google TV replacement it appears to be. It lacks the ability to run native apps, access to the Play Store, and live TV. This device comes with a 1.2GHz dual-core processor and 8GB of internal memory, significantly higher specs than a Chromecast needs to serve its more-limited function.

The NSZ-GS7 first entered the market in 2012, and it has since been replaced by the nearly-identical GS8 model. The latter comes with a remote that features a microphone for voice searches. A backwards-compatible remote is available for $50, so if you bundle this with the price of today's deal, it's still slightly less than the NSZ-GS7's current price on Amazon.