After about a month of beta testing and several updates, SwiftKey 4.2 has entered the Play Store for both phones and tablets. Without a doubt, the most significant feature in today's update is cloud sync that synchronizes your personal dictionaries between multiple devices.

Cloud sync uses your Google account for authentication and, in addition to syncing predictions, can also periodically download currently trending phrases as well as data from Gmail, Facebook, Twitter, Yahoo, and RSS feeds. Multiple accounts are supported, and it only takes a single tap to set up Gmail and Facebook learning thanks to native API integration - both nice and welcomed touches.

Another nice touch for those who may have been worried - SwiftKey Cloud syncs between tablets and phones just fine, despite the existence of two independent versions of the software. That's because sync is tied to your Google account and not an APK's package name.

All data in SwiftKey Cloud is subject to the company's data security and privacy policies. That means SSL, AES-256 encryption, node isolation and access restrictions to the backend, and other things that should inspire at least some confidence in today's NSA-aware world. 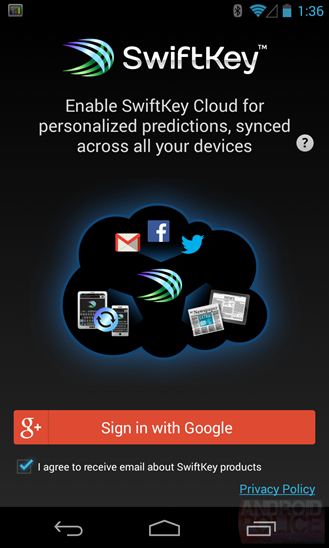 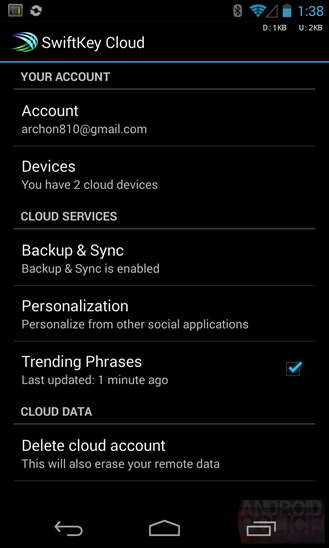 In addition to SwiftKey Cloud, you will benefit from the following improvements: 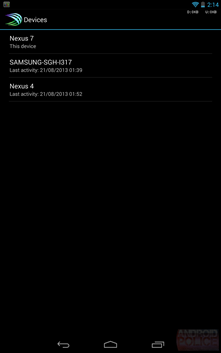 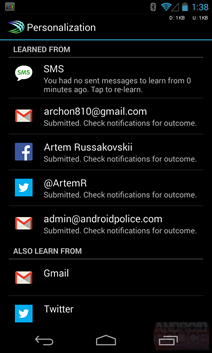 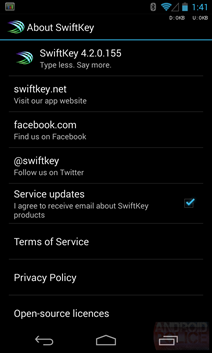 To celebrate the big 4.2 release, the company is throwing a 50% off sale on both SwiftKey variants in the Play Store as well as the Amazon Appstore (though the update hasn't made it there yet). $1.99 is an absolute steal for what has been my personal keyboard of choice for several years now.