What is the meaning of life? I'm sure an engineer, an artist, and a banker would all come up with different answers to this question, but as any nerd would know, all that matters is leveling up and acquiring gold. This fundamental premise has formed the backbone of RPGs since the first pixelated knight took up his sword, and the reason is simple - it speaks to human nature, a part that we should embrace head on. That's why HabitRPG needs to exist. This to-do list manager turns your life into an RPG, encouraging you to get things done using the same motivation that has pushed you to complete the last RPG you played, the one before it, and the one before that. It's just a shame the app isn't as solid as its premise.

First Impressions Are Hard To Shake

The mobile app for HabitRPG began as a Kickstarter campaign that managed to raise nearly twice its requested $25,000 back in February. From the very beginning, it displayed an art style that was decidedly 8-bit. At this point, I feel that look is more relic than retro, but it's whatever. What bothered me was that the process of signing into the app felt even more dated. Actually, it felt broken. The app kicked me out to the mobile version of the website, and after finally figuring out the registration process, I was prompted to create my character. I went on to fumble through the experience for a while before realizing that even though I was still inside the app, I wasn't actually using it. 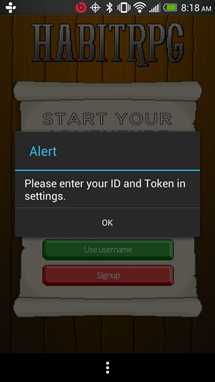 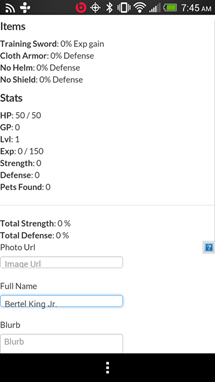 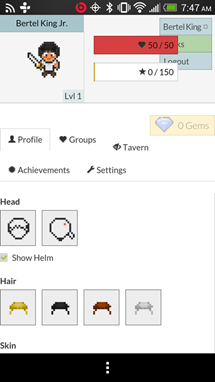 It turns out, HabitRPG never pulled me back from the mobile website after I completed registration. The next time I returned to the app, I was prompted to sign in again. D'oh. Despite the presence of a "Use Facebook" button, I still had to return to the website in search of two user ID codes needed to access my account. Thankfully, this time the app presented me with the proper interface.

The app's actual interface is clean and usable. But oddly enough, the action bar is backwards, and while that irks me in more ways than one, I'm willing to give it a pass. Unfortunately, the further I dug into the app, the wonkier things seemed. I eventually felt the same taste from before creep into the back of my mouth. Too many aspects just looked ignored at best, broken at worst. 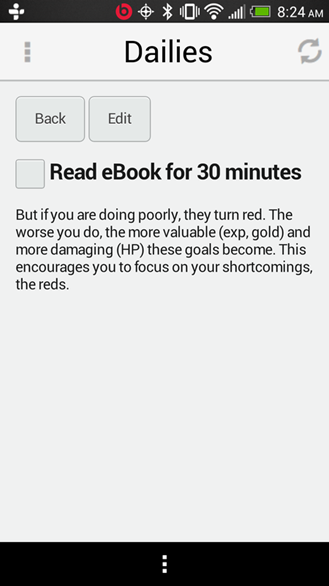 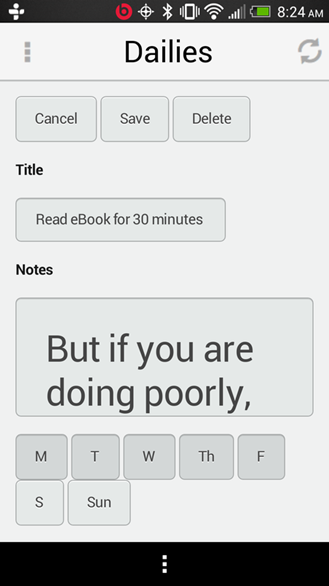 Why is the text under "Notes" so large? Which days are selected, and why is the spacing so out of whack? And I lied, I can't handle it - why is the menu button on the left?

Complaining Aside, Here's How It Works

Normally I would put this at the beginning of the review, but the process of getting HabitRPG set up left me with feelings, and I had to share them beforehand. Now that I've vented, here's what the app actually does. It takes your to-dos - those you do daily, those that are urgent, and those that qualify more as habits - and rewards you with gold and experience for completing them. With enough experience, you eventually level up. Eventually, because doing so takes quite a while. 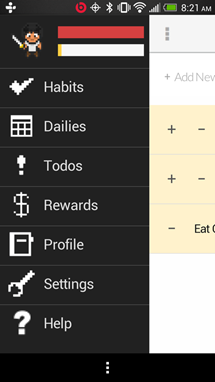 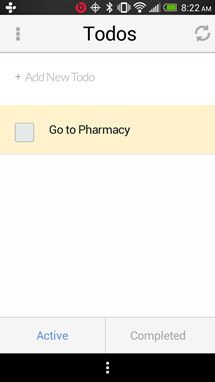 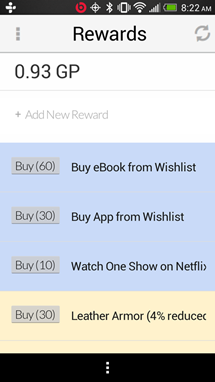 Acquiring gold also takes too long. My coffers filled so slowly that there's no way I'd let myself go the days necessary to earn some Netflix time. Even after dropping the price (which you can do without penalty) down to 10 gold, the wait was still too long. I simply couldn't think of enough things to do on a daily basis that I could add to the app in order to earn gold more quickly. That is, unless I turned watching Netflix from a reward into a habit. 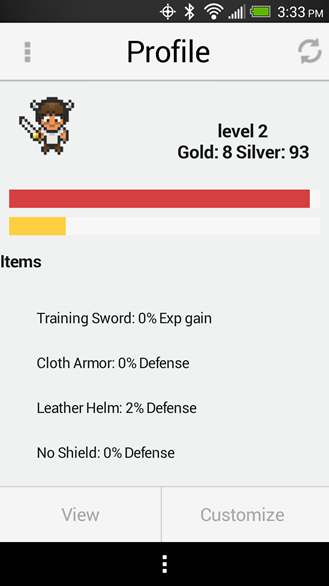 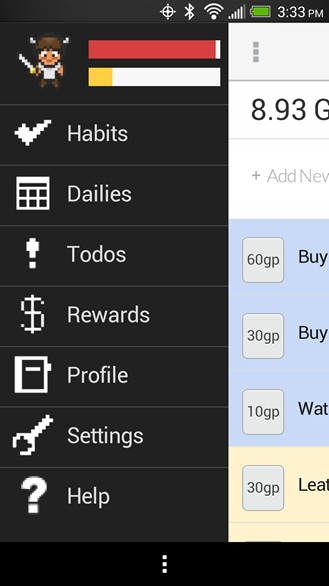 While the app is very barebones, and there are third-party HabitRPG clients out there that may be more your speed, the basics are all covered here. Users can buy armor that reduces the amount of HP lost when failing to complete a task. Pets are there, in part, for bragging rights. Between rewards, gear, and pets, there are ample things to acquire. It's just a matter of whether you're willing to grind in real life in order to do so.

Personally, I found remembering to open HabitRPG after completing a task, and the frustration of being penalized when I didn't, to be more of a burden than it was worth. That said, I'm not someone who threw money at the Kickstarter campaign to bring this app to fruition. If you're a long-time HabitRPG fan, or at least marginally interested in the concept, consider giving the app a try. It doesn't cost any gold to use - just experience.