A superhero is likely to have various powers suitable for defeating the forces of evil and causing a ton of collateral damage. You know, leaping tall buildings, conjuring fireballs, and so on. But can they fill out health insurance forms? Collate printouts? Can a superhero – no matter how powerful – navigate the murky waters of human resource complaints? The answer to all these questions is no. The venerable middle manager is the only one with these skills, and now you can slip on the sensible shoes of such an individual and manage a branch of Justice Corp. in the newly released Middle Manager of Justice. Does this game successfully turn office management into a treat, or will you be anxious to punch out for the day?

At its heart, Middle Manager of Justice (MMoJ, for the sake of my hands) is a simulation game. You'll notice some similarities to titles like The Sims. Although, there is a lot more going on in MMoJ than other top-down simulations. You are the manager of a struggling branch of Justice Corp., but you've been allotted a cache of Superium to get some new talent. It's only enough to hire an entry-level superhero, but that's okay – you can train superheroes to make them more super. 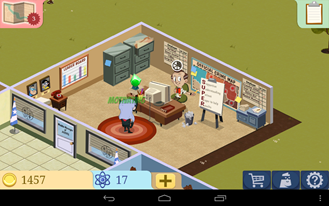 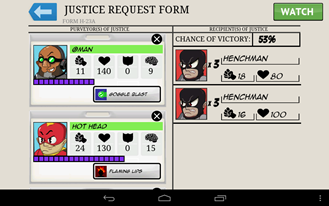 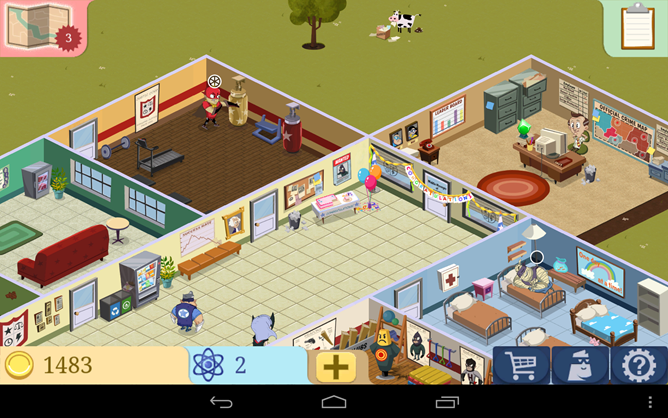 The main interface is a top-down view of your Justice Corp. office (you can call it a base if you want). You can pan around, zoom, and tap on characters to interact. The game's default view is zoomed way in, so you'll want to back out for better efficiency. Tapping on a hero or your manager pops up a file folder of options and stats. This view is a bit confused – not all the functions are clear from the start. I'd say this is the essence of the learning curve in MMoJ. You simply have to learn what all these buttons do.

In the upper left corner is the crime map button, which will give you an overview of the bad stuff going on in the various districts of the city. Your goal is to keep everyone happy. Let crime run rampant? People won't be happy. Each district sends you cash commensurate with how happy it is. This is easy to manage at first, but as more districts are unlocked, things get crazy. 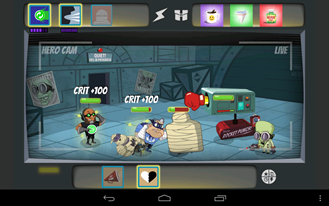 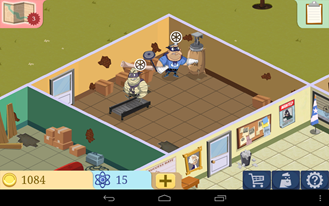 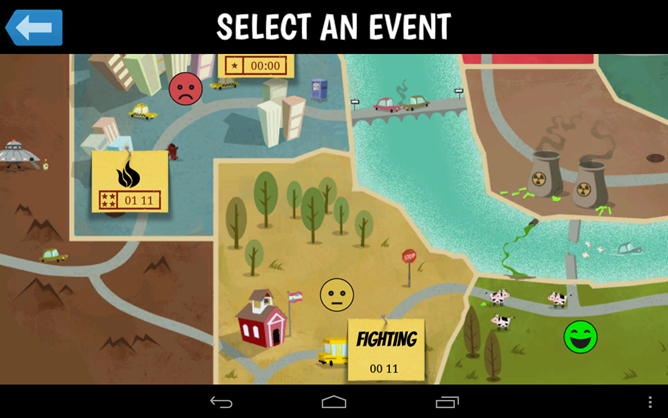 Battles are mostly automated. You can send any number of heroes, then watch the action play out. Each hero has a special attack that you can trigger, but managerial powers and items are also available to give boosts to your units. If you're swamped at the office, you can delegate the battle, which sends your heroes off to fight in the background. You take care of some paperwork and check back after the dust settles. This is a great gameplay mechanic that keeps things moving along nicely.

That Doesn't Sound Super-Fun, Why Is It So Fun?

I will admit to being a bit bored during my first 20 minutes or so with MMoJ. It felt tedious, and indeed there are tedious things about it. Sending your heroes to rest or train after a battle shouldn't require tapping on each one of them individually, for example. But something funny happens after you get into the groove of managing the office. As you train, offer pep talks, and hire heroes, it all becomes yours. You will develop a fondness for your heroes. The office can be upgraded and expanded however you like, which is also neat. 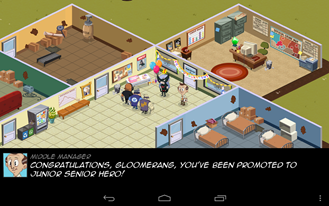 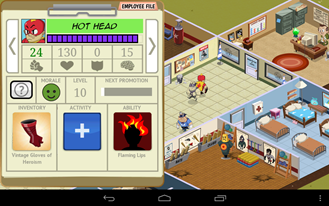 After an hour or so of gameplay, MMoJ forces you to keep multiple balls in the air. You'll have battles raging in the background, heroes training, and inventory to manage. I find myself bouncing from task to task, finger often hovering over a button waiting for something to finish so I can issue an order and move on. MMoJ just fills your brain cycles very well. And there's also the RPG aspect of leveling up your characters and learning new skills. That's compelling in its own right.

MMoJ has a good sense of humor, as you can probably guess. The superheroes are wacky, and the Office Space vibe works well with superheroes. The dialog is also amusing in an Office Space kind of way.

If I had to pick a single word to describe the graphics in MMoJ, it would probably be "clean." It looks a little bit like a cartoon, which makes sense. It uses solid fills and simple textures. However, the lines are very crisp. Everything looks extremely polished. 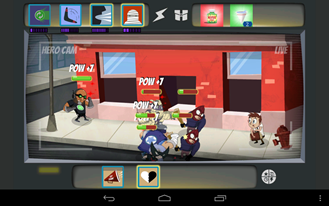 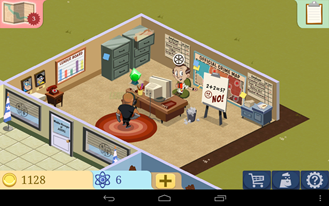 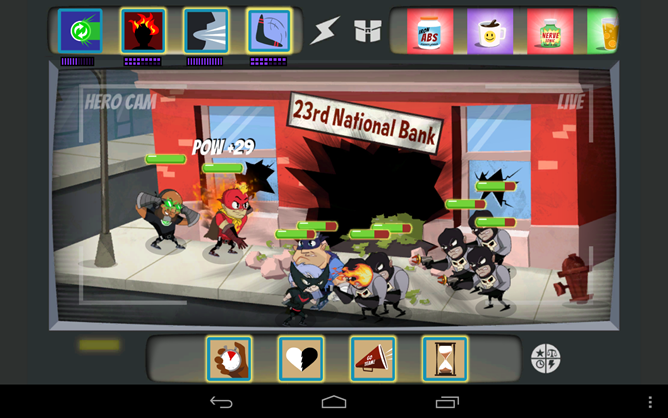 It's nice that the game renders clearly no matter the zoom level. There's no aliasing, and the animations look good. It's not going to wow you with amazing particle effects and dynamic lighting, but that's not really what it's about.

They Want How Much?

The game is free, but has in-app purchases. Frankly, this is fine. Put the pitchforks down and hear me out. MMoJ gives you plenty of starting capital, and the gold used to upgrade the office and buy items is plentiful. Superium is used to hire heroes and speed up training, but it's more rare. Still, you do get plenty of it if you play the game well. The waiting mechanic doesn't even matter here – there is so much to do that the game doesn't stop while a hero improves his or her stats. 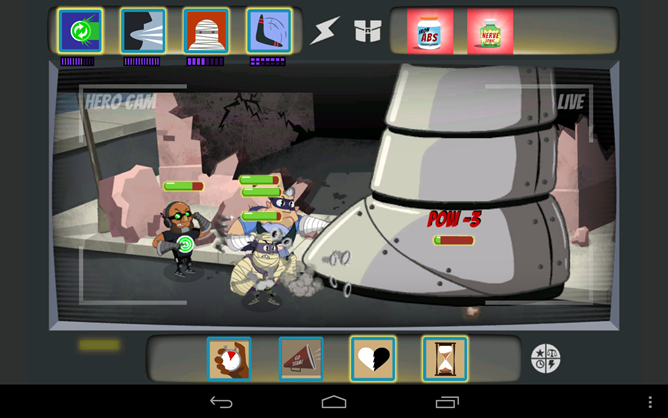 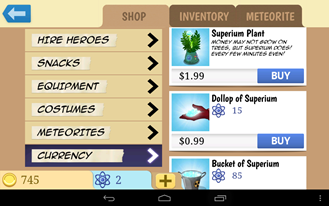 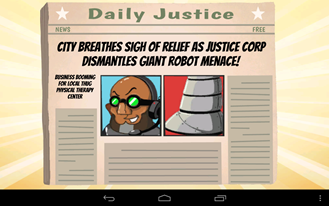 Should you decide to buy a little bit of Superium, $0.99 gets you enough for a mid-range hero and some extra to instantly skip a few training levels. It's a very fair price.

So is MMoJ worth your time? Yes. I dare say it's even worth your money. Now if you'll excuse me, I've got a date with justice. 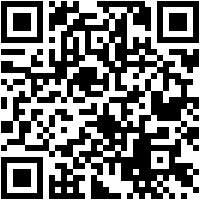