Like many digital innovations, WigWag occupies the space between facilitating necessary evolution and being a lazy person's wet dream. It's an "If This Then That" intelligent environment-building sensor that reached its funding goal a month ago, already achieving twice the funds the team asked for. Now the campaign has ended, with WigWag acquiring nine times more than its $50,000 ambition.

What's all the excitement about? The WigWag is a sensor that empowers users to write their own rules for how their homes should function. It can perform physical functions, such as turning out the lights when no one's in the room, or digital functions, such as sending a text message whenever the mailman opens the mailbox. The WigWag comes equipped with sensors that can measure light, sound, temperature, and motion. With enough of them, a buyer can essentially give their home a mind of its own. 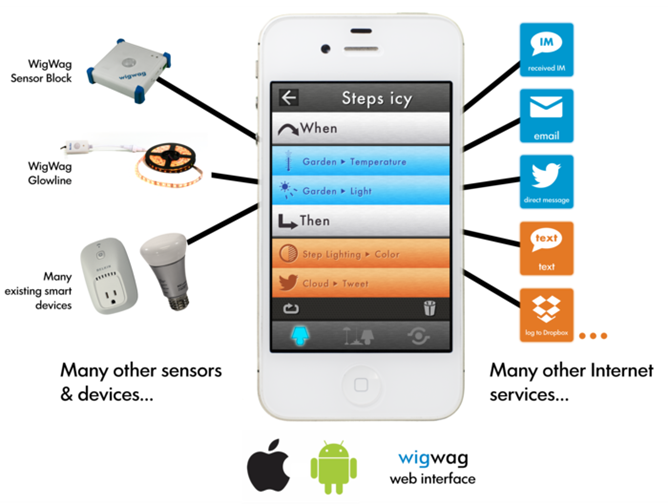 Anyone who has seen Smart House may shirk at the idea of an intelligent home, but rest easy, WigWag never takes control away from the end user. There is a smartphone or web-accessible hub, and this is where much of the magic happens. If there's a lot of noise in the room, then turn up the volume on the TV. If the light comes on in the garage, open the garage door. If there's motion in the hallway after 10PM, only turn on the nightlight. With a straightforward "If-Then" interface, these functions are easy to setup and manage. 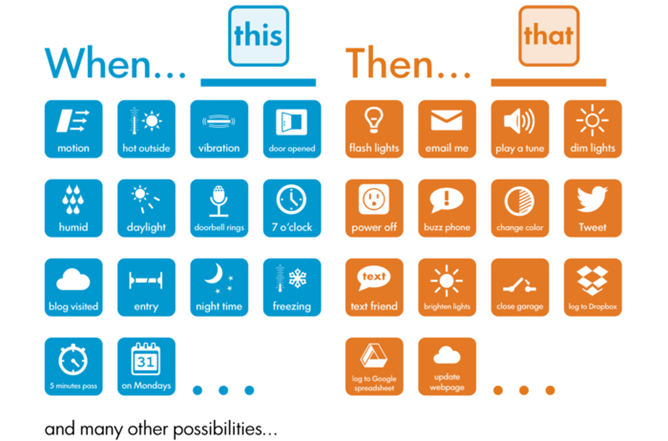 WigWag is not the first device to tackle automating tasks or giving users remote control of their home, but it promises to be easier to use, capable of performing more functions, and simple to expand. The provided video goes into more of the details.

WigWag: Scan it. Control it. Rule it. Share it.

HTC One Max Poses Next To One And One Mini In Latest Leaked Photo, Shows Purported Fingerprint ...