Update: Wow, the NFC ring has managed to come in at over eight times its original funding goal, with nearly 250,000 GBP (~$375,000) in pledged support. The NFC Ring met all but its final two stretch goals, which were essentially free merchandise handouts to limited edition supporters. Pretty amazing, now it's time to wait for the NFC Ring to ship! 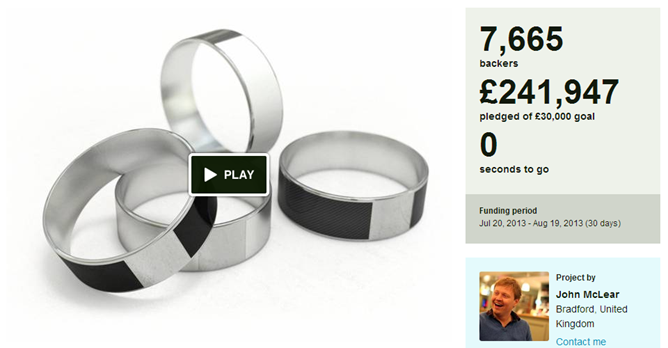 Little by little, NFC is becoming common in modern smartphones. But there's just never an NFC tag around when you need one... unless it's on your finger all the time. That's the premise of the NFC Ring, a Kickstarter project that hit its £30,000 (about $46,000) funding goal just 3 days into the campaign.

The NFC Ring will be able to activate any NFC reader, but smartphones will be the easiest to implement. There is already an app in Google Play that lets you unlock a device with NFC, and the NFC Ring would make that super-convenient. If you have an NFC lock on your door, the NFC Ring can be used to open it. Much less common than a phone with NFC, but still neat. The NFC tag is only on one side, so you won't have to worry about it triggering a reader unless you hold your hand in a certain way. 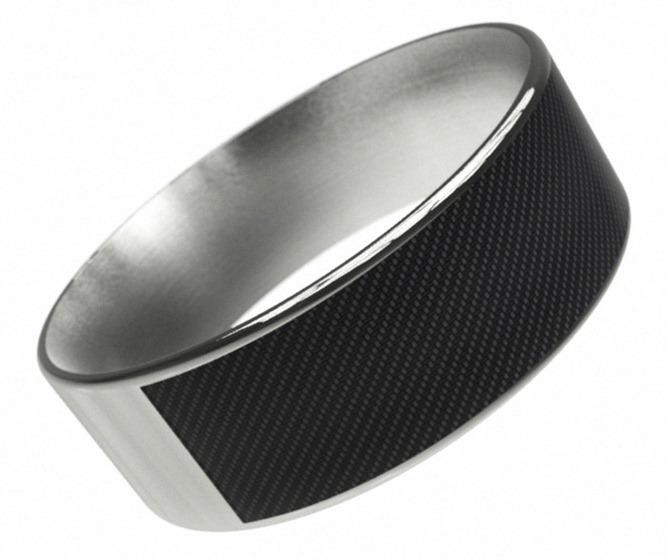 If you're interested in the NFC Ring, you can pay £8 to get just the NFC insert and have the ring portion 3D printed on your own. For £22 you get the ring with NFC and a compatible app. A larger size ring can be had for £25, and it goes up from there if you want more goodies. You've still got 26 days to decide.

HTC Americas President: All US And Canada HTC Ones, DROID DNA Should Be Updated To Android 4.3 ...