HTC's yet-unannounced Zara isn't exactly a stranger to the rumor circuit. We've heard all the important specs, but @evleaks has just given us a look at what appears to be a slightly censored press shot.

For those who may not remember, the Zara is rumored to be the midrange lovechild of the One and Desire lines, with (according to @evleaks) a dual core 1.2GHz processor, a 4.5" qHD (960x540) display, 1GB RAM, 8GB internal storage (expandable via microSD), a 2100mAh battery pack, and Android 4.3 with Sense 5.5 on top.

Also according to @evleaks, the device is slated for a Q4 debut. 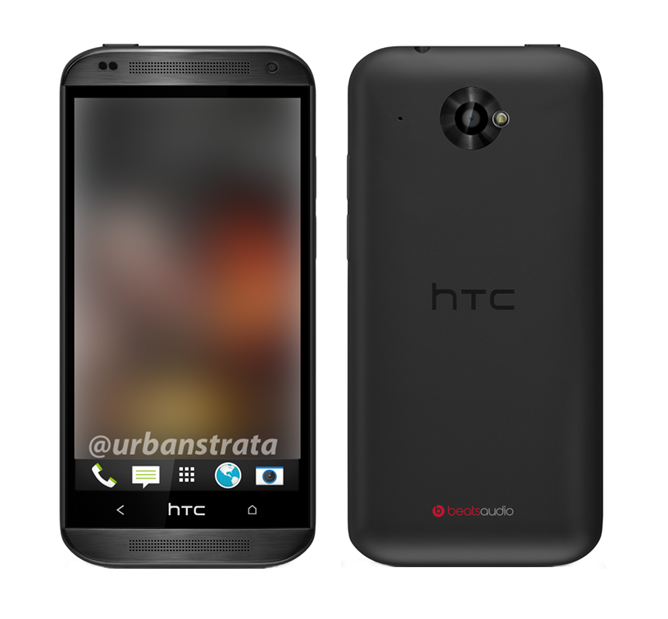 Adding another scoop of corn to the popper, @evleaks watermarked the Zara image with "@urbanstrata," urbanstrata of course being the handle for Jeff Gordon, HTC's Senior Global Online Communications Manager.

Gordon, readers may recall, called @evleaks on a press shot of the HTC One Max, which Gordon says was "fake." He went on to say that @evleaks "is way off his game." If you're a follower of both on Twitter, it goes without saying the two don't exactly get along.

All of that being said, this is most likely the Zara. And for a device that's rumored to be made of plastic, its form factor really doesn't look half bad. The specs, though, may be another story.