Our readers already know about CyanogenMod, as it's only the most popular Android ROM out there, so I won't waste time with an introduction. Many also already use CyanogenROM Downloader to get their hands on the latest versions, even though it's not an official updater. The app's already awesome, but its author sent out a tease a few days ago implying that it could be even better - that it could automatically update your ROM to the latest version overnight, do a backup beforehand, and install your preferred custom kernel without a single touch. Today an update has rolled out making all of these things come true.

As promised, version 1.7.1 of CyanogenROM Downloader removes the need to manually download and flash updates. Users just select when the app should download an update and designate another time for when the app should auto-flash. This process can be followed by the automatic installation of an additional zip, useful for applying a custom kernel. The option to do an automatic backup before the flash is also tucked away in the app's settings. 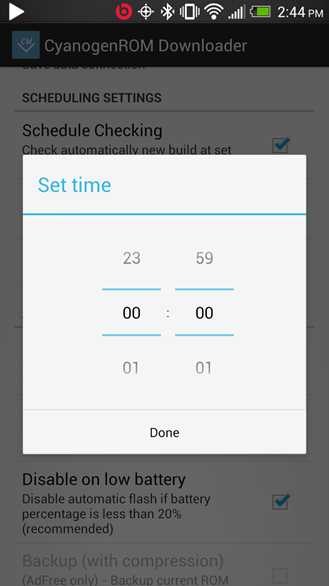 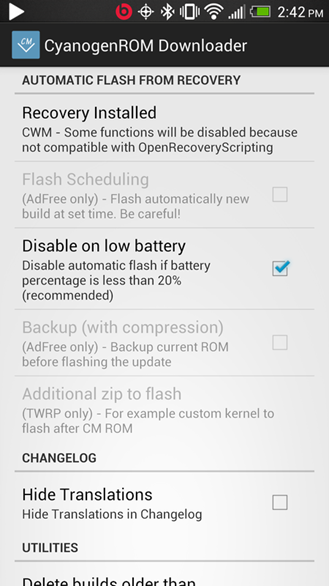 As is the case with anything concerning CyanogenMod, be pragmatic and cautious. Don't use this new functionality if you rely on your phone as an alarm clock, because there's the chance it could bootloop overnight. CyanogenROM Downloader may make an automatic backup, but that doesn't mean it's completely safe. This is a tool for people who want to live on the edge.

[Bug Watch] Android 4.3 May Be Having Trouble Automatically Reconnecting To Wi-Fi Networks

[Poll] The 'Recently Updated' Section Of The New Play Store Currently Set To 7 Days – Is That ...