If you're still in the market for a Google Reader alternative that's simple, clean, and well integrated with Android's UI, take a moment to check out Press. This straightforward, perhaps traditional, RSS reader received an update today that gave the already attractive app a touch-up, a redesigned Settings screen, a handful of new features, and a slew of general bug fixes and improvements. 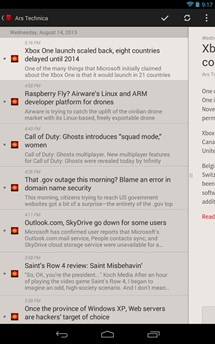 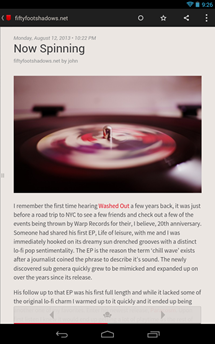 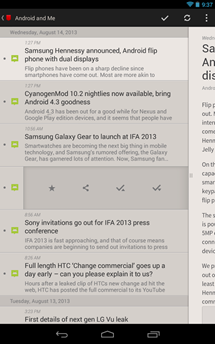 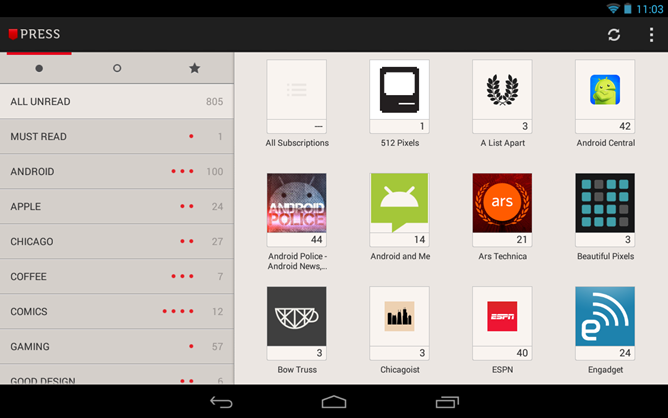 Press, which already syncs with Feedly, Feed Wrangler, and Feedbin, has gained support for Fever, a service which helps readers pick what feeds to focus on by displaying which stories are "hot." The app has long supported offline reading, but now images are cached offline as well. And since people who read RSS feeds are relatively particular about how they consume news, it's nice to see the new options to show titles-only in the articles list and in the large widget. Captions are nice, but this just saves space.

If you already have Press, enjoy. As for everyone else, the app costs $2.99 on the Play Store, and there isn't a free version to tinker around with. If you want to give it a go, hit the widget below.

[Deal Alert] Wirefly Has The Verizon HTC One Up For Pre-Order: $149.99, New Subscribers And Upgrades