The Geekbench benchmarking program is a staple on PCs, thanks to quick and varied tests for multiple hardware systems and an impressive database of results. The Geekbench 2 test has been gaining steam on Android as well - we've used it in a few reviews and comparisons. Version 3 has been released as a stand-alone app, but the small list of improvements hardly seems to justify it. It's a good thing that it only costs a dollar. 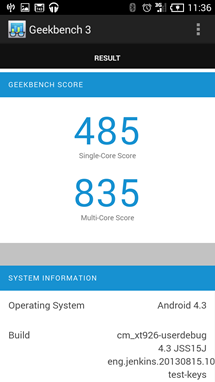 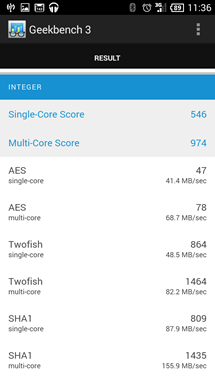 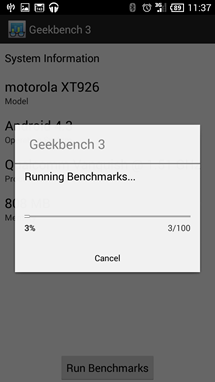 The biggest change in Geekbench 3 is that the primary rating is split into single-core and multi-core scores. Previous versions were more than capable of testing multi-core processors, but splitting up the score allows users to better predict how single and multi-threaded apps will perform. There are a handful of new floating point, integer, and memory tests, but frankly there were so many before that these additions don't seem all that important. All the tests are optimized for multiple cores. Hardware information and score uploading features remain intact.

There are two notable changes to the interface: one, a progress meter for the test. That's nice, but it really should have been added to the old Geekbench 2 app (also $1). And two: the comparison to other Android phones is nowhere to be seen. I've looked through the app and it seems to have disappeared. Here's hoping it arrives in an update soon.

[Deal Alert] Wirefly Has The Verizon HTC One Up For Pre-Order: $149.99, New Subscribers And Upgrades