As of this morning, we finally know when the HTC One is launching on America's reddest network: August 22nd. But if you're not the kind of person who pays full price for anything, and obviously not on-contract smartphones, you probably know you're better off waiting for a deal on a new phone from a 3rd-party retailer. Wirefly to the rescue - they're already accepting pre-orders on the VZW HTC One, and they're charging a full 25% less than what Verizon's asking, at $149.99 for both new subscribers and upgrades. 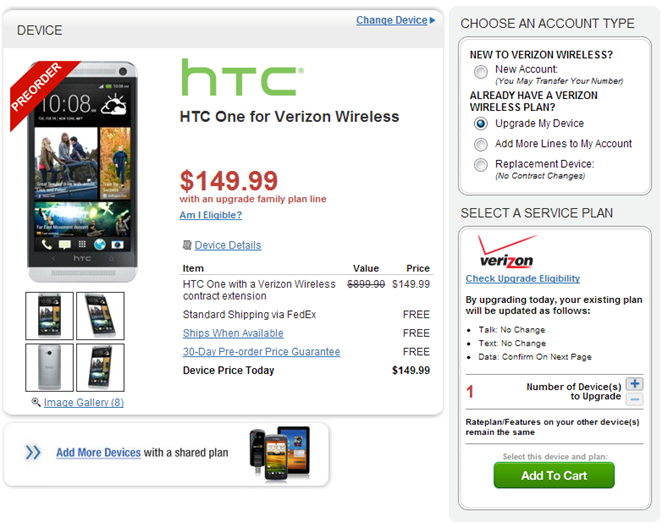 Shipping is free, and you can probably expect to receive your phone within a few days of the official launch on Verizon. Head on over to Wirefly if you're interested, at the source link below.

[New App] Geekbench 3 Benchmark Released, Adds Multi-Core Testing (And Not Much Else) For 99¢