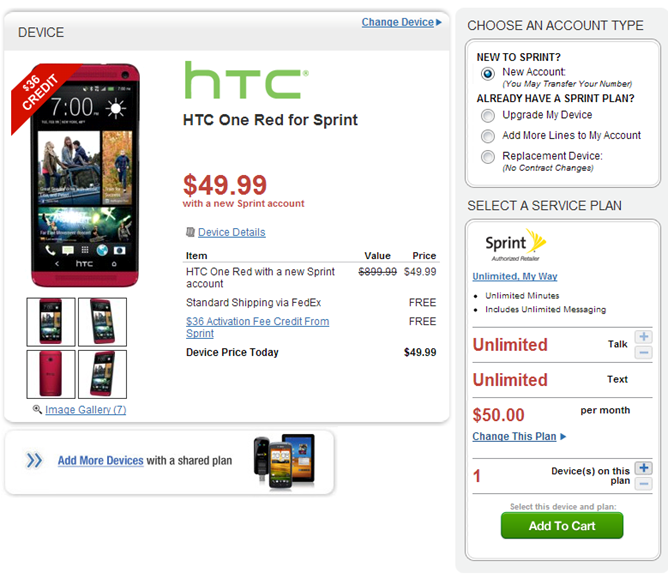 As for the Purple Galaxy S4, it costs a pricier $139.99 with a new account, but the activation fee is still waived. Existing customers, on the other hand, have to pay the full $199.99 along with the activation fee. 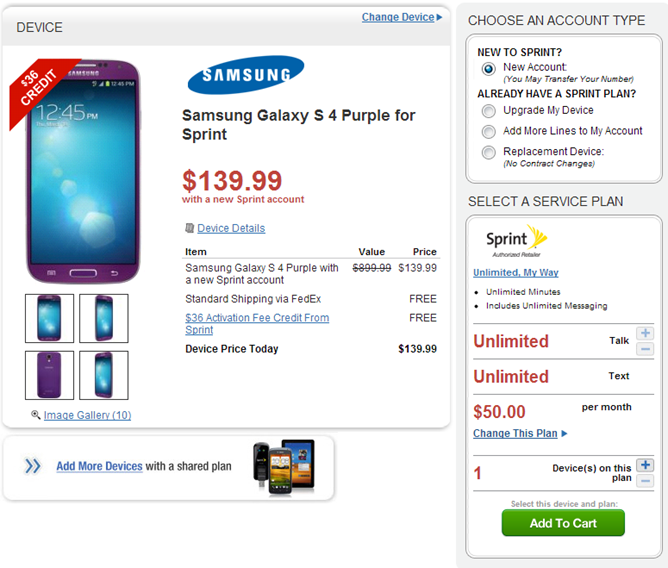 There you have it. Shipping is free. And don't worry, if you're a little self-conscious about your taste in handsets, these aren't mailed in matching bright boxes. But any hope of blending in will go away as soon as you answer your first phone call in public.

[New App] Geekbench 3 Benchmark Released, Adds Multi-Core Testing (And Not Much Else) For 99¢