Maps 7.1 is slowly rolling out into the world. Google is making this teardown particularly difficult, because they haven't even gotten around to releasing a change log yet - it's up to me to come up with something. First though, we need to cover the good stuff that most definitely won't be in the change log, because this has me excited:

Remember when I found a "3D" button allll the way back in version 6.12? Google is at it again, this time with some extremely descriptive text in the newest Maps update:

<string name="STRIPIFIED_MESH_LAB_NAME">Detailed 3D Meshes</string>
<string name="STRIPIFIED_MESH_LAB_DESCRIPTION">Enable/disable visualization of detailed user-generated meshes for important buildings and monuments. The coverage of these buildings is sparse in most places. This is open for dogfood for all Android devices, but be warned that areas such as the Las Vegas Strip should be viewed by devices on par or better than the Nexus 4. There is a great deal of geometry that needs to be processed which makes map loading slow.</string>

Apparently Google has a dogfood version of Maps out there that will let you test Google Earth-style 3D buildings. It's interesting that they describe it as "important buildings and monuments." That makes it sound like they aren't using all of the available mesh data in Google Earth, which covers far more than what I would consider "important." 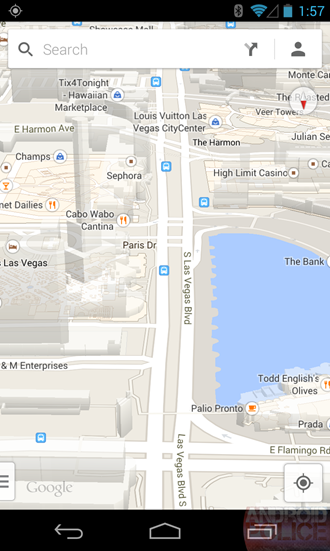 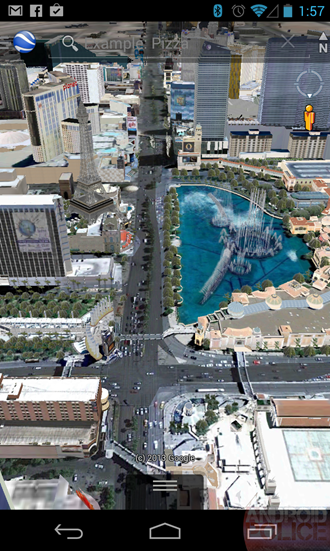 They also include a warning about performance. It should run about as well poorly on a phone as Google Earth does, which pretty much requires hardware that was released this past year. But hey, ridiculously-powerful processors are shipping in modern phones; you might as well make use of them.

Offline Maps For Other Apps

There's a bunch of new "prefetch" stuff in the manifest file. Maps creates a new permission called "prefetch," then uses it, then makes a "MapWorker" service, then creates a "prefetch" intent.

So apps can now ask for permission to use the offline maps cache. My guess is that Google will make the Maps offline cache available to other apps that use the Maps API.

Update: As Christopher Orr points out in the comments, the protection level on this is "signature" which means only Google apps get to use it.

There's a new NFC intent that is somehow related to Navigation (no idea what this is) and another one for viewing a contact address. That just might fix a bug that some people (HTC owners?) have been experiencing in Maps 7 which won't let you launch Maps from a contact address. Someone try and let me know in the comments. My Nexus device has always worked fine. (#HOLOYOLO) 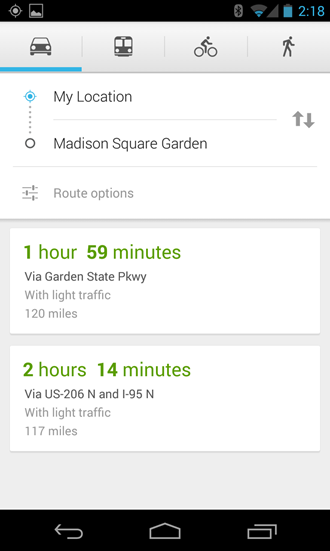 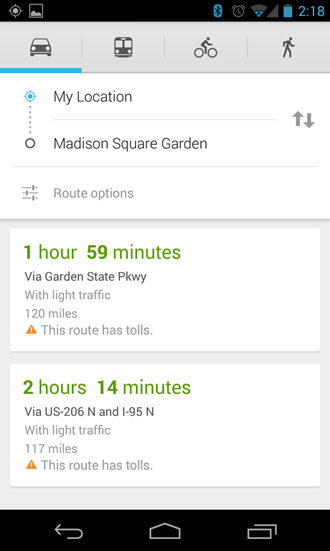 Like I said, there's no change log yet, so I might as well try and make one. Here's a lineup of the old and new maps. The new version will now warn you, up front, if a route has tolls. 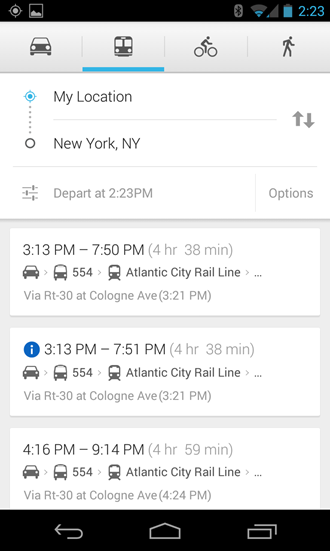 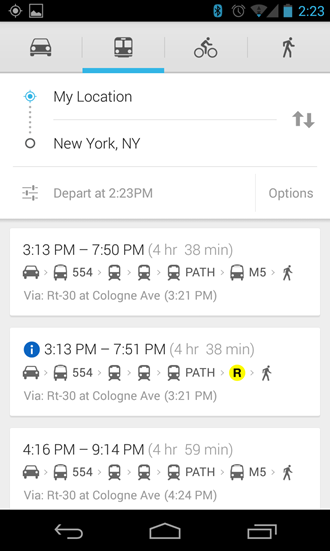 The way transit names are displayed has been changed. The new design now shows you every stop, instead of truncating everything because of a long name.

While this has yet to show up for me, it looks like you will now get a spam popup at some point to rate Google Maps. Apparently the most popular app in the world needs more ratings.

This might not be the right version for your device.

Google Maps now comes in a ton of different versions for different devices, so the best thing to do is wait and get the correct version from the Play Store once it rolls out to you. This version below is just for testing, it may look ugly or run slowly on your device.

If you get "There was a problem parsing package," this isn't meant for your phone.

If you spot any other changes, let us know in the comments. This is hard without a real change log.

Pay What You Want For McPixel In This Week's Humble Weekly Sale, Get Four Other Non-Android ...