In a detailed post to Google+ this morning, Googler Virgil Dobjanschi announced new and enhanced features for the Google+ Android app. They'll be arriving in an update to version 4.1, set to go live today. According to Dobjanschi, the changes are focused on additions and revisions suggested by end users, and looking at the list, we're inclined to believe him. 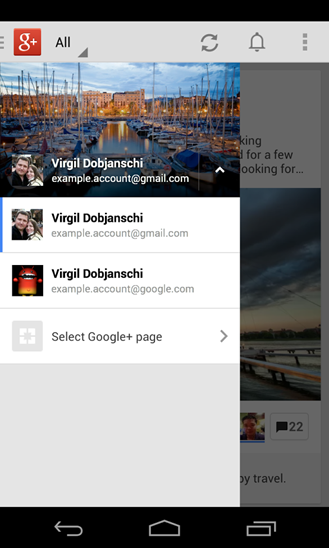 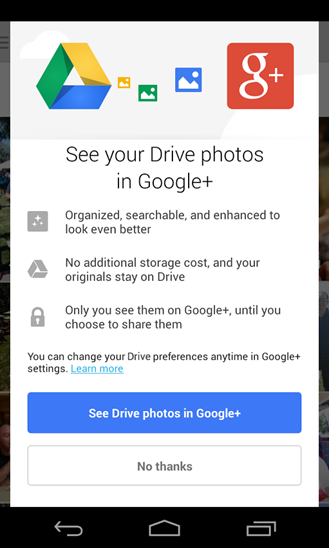 First of all: no more Google+ Messenger. Ha-lay-freakin-lujah. Since the new Hangouts app has effectively replaced G+ messenger on the web, the mobile version is following suit, meaning you won't ever have to see that extraneous icon in your app drawer again. Google+ now supports faster switching between accounts in the same way that Gmail does. Just open up the side navigation menu and tap your secondary account to get going. It works the same way for any pages you've created or been added to. (Dear Google: web writers everywhere thank you for this one.) 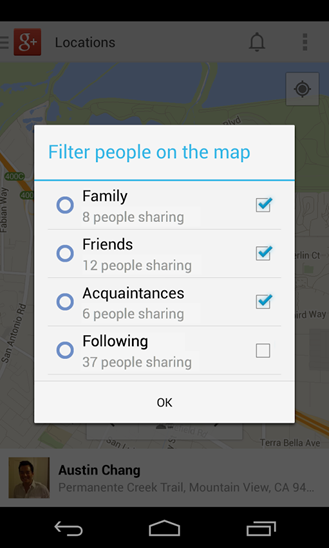 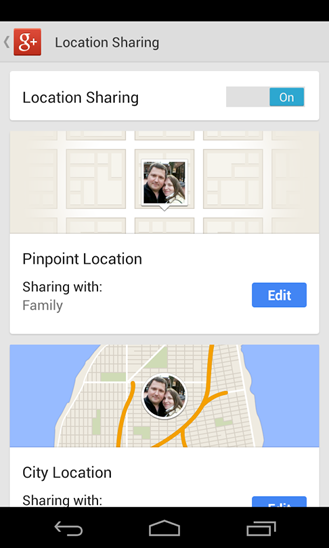 Sharing your location gets a bit of fine-tuning. You can share exact location or a generalized location and select which circles get access to that information and which don't. Of course you've always got the option to keep your location hidden. Perhaps more importantly, Google+ users will be able to share photos and videos straight from Google Drive without leaving the Google+ app. Google Apps for Business users now have access to all Google+ features.

Dobjanschi also mentions other tweaks including a Gmail-style pull-to-refresh function, but we'll have to get our hands on the app itself before we can pinpoint them. The update is being rolled out in stages, so don't be surprised if you can't download it right away.