Yet another Google Glass update means yet another Google Glass Teardown - we're now up to version "XE8." Despite Glass being a complete nightmare to do diff work on (every file is in every APK), and the highly experimental nature of Glass (stuff gets removed all the time), Glass teardowns have actually had a pretty good hit rate. 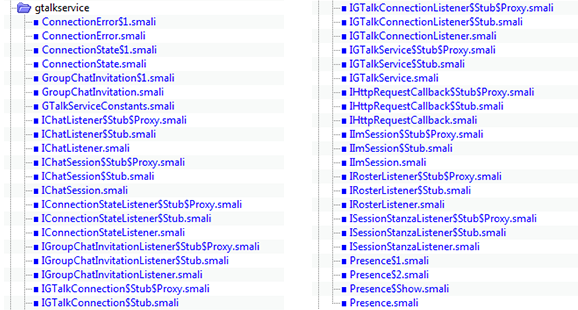 Finally. A feature I've wanted since the first day I opened Google Glass: Google Hangouts support. We've known about plans to bring Hangouts to Glass for a while, but now we can actually see some code for it.

"GTalkService" is what will keep you logged in to hangouts all the time, "Presence" is the "available/busy/offline" logic, and all of the "GroupChat" stuff means this will support multi-person chats, too. This is the kind of stuff Glass desperately needs - huge leaps in functionality. 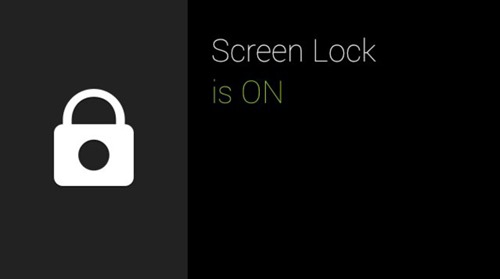 One of the new lab features that actually works is humorously called "KP_OUT." It's a semi-functional lock screen that works a lot like pattern unlock on an Android phone.

There are 4 rows of dots, and 3 positions for each dot. A swipe forward on the touchpad moves the dot right, a swipe backwards moves it left, and a tap makes a dot show up in the center. Just like you would expect, after setting a pattern, this will show up as an interstitial screen when you turn Glass on. The neat part is that it seems to hook into head detection: once you've unlocked it, it will stay unlocked until you take it off your head.

A whopping 81 possible combinations doesn't really seem secure and, to make matters worse, currently there's no time lockout or max amount of tries. If it takes you 1.5 seconds to try a single combination, you're looking at a crack time of about 2 minutes. This is still just a lab feature for a reason though - it's not done yet.

Speaking of labs, the Glass Team always likes to sneak in some silly labs entries. There's been everything from "PUPPIES_IN_PJS" to "HO_HO_HO" and "OMELETTE_DU_FROMAGE." This month's silly lab feature is probably my favorite, though; it's a shout out to all the tinkerers out there: "I_TORE_DOWN_THIS_APK_AND_ALL_I_GOT_WAS_THIS_STUPID_LAB."