There are already plenty of step-counters and fitness trackers on the market, but Sensoria is trying to appeal to a more serious athlete. The Smart Sock is pretty much want it sounds like – socks with sensors that relay stride and step information to your smartphone. The company was seeking $87,000 on Indiegogo, and it has blown by that with 5 days to spare. The video is a little awkward, but the product looks neat.

This was a flex campaign, which means the funds would have been claimed by Sensoria even if it didn't hit the goal. At nearly $100,000 as of now, that's not an issue. Sensoria consists of a pair of sensor-infested socks and a Bluetooth anklet that connects to a mobile device. It can also store data to be uploaded later if you don't have a phone with you. 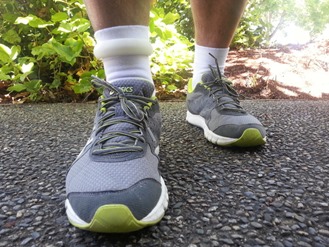 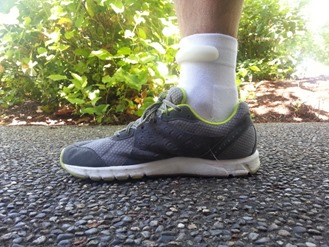 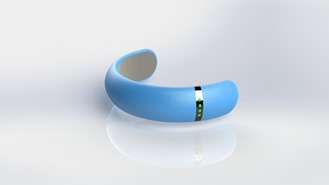 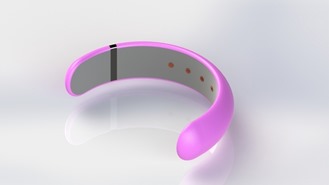 Instead of just counting steps, Sensoria monitors how your foot hits the ground, the cadence of footfalls, and the stride length. It learns over time how you run and can alert you if you're pushing too hard or breaking stride in a way that could cause injury. The device is going to connect to iOS and Android devices, but only Android 4.3 and higher. Presumably that's because of Bluetooth Smart support, which was officially added in 4.3. Samsung included BT Smart in its phones before 4.3, but the Sensoria page doesn't make mention of that. A Windows Phone app is coming too if the campaign breaks $100,000.

Runners looking for more stats still have time to get on the list for a Sensoria bundle. The standard package with two socks and one anklet is $119, but under 100 spots remain. The two-pack is $199 and there are over 100 of them left. Estimated delivery is March 2014.