Audible received an update to version 1.5.1 today that brings in a handful of new improvements, such as the introduction of cloud storage of audiobook progress and bookmarks to the UK and Germany. In addition to that, the library filter and sorting preferences now persist after the app is closed. If you're using Audible on a device running Android 4.2 or earlier, you can stop here. But for those on 4.3, the best is yet to come. The latest release also does away with the many permanent and unnecessary notifications that Audible flooded into many a pull-down shade. 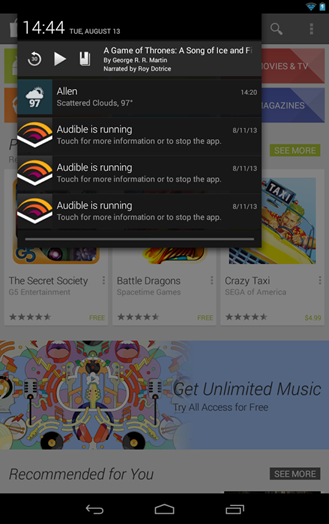 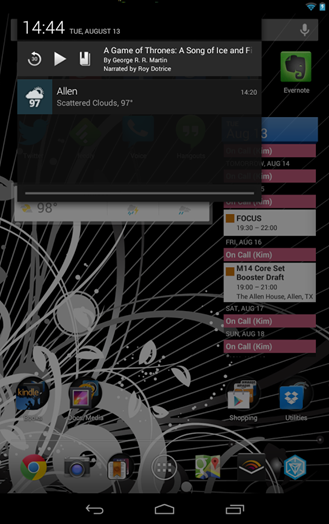 Audible wasn't the only app to abuse the notification area like this. Ever since Android developers decided to draw attention to apps that were improperly running in the background without alerting users, many have started to display persistent notifications for users running Android 4.3. Thankfully, the most popular offenders seem to be cleaning things up before the majority of users make the jump to the latest Jelly Bean release.