HTC has already looked to metal as a defining characteristic of its flagship phone. Now the company is turning to the Iron Man, Robert Downey Jr., himself in hopes of turning around the company's waning brand perception and getting their highly capable smartphones into the hands of more consumers. HTC has launched a series of ads starring Downey as they kick off their new "Change" branding campaign, and thanks to a two-year contract, we can expect to see the actor pushing the company for quite some time. 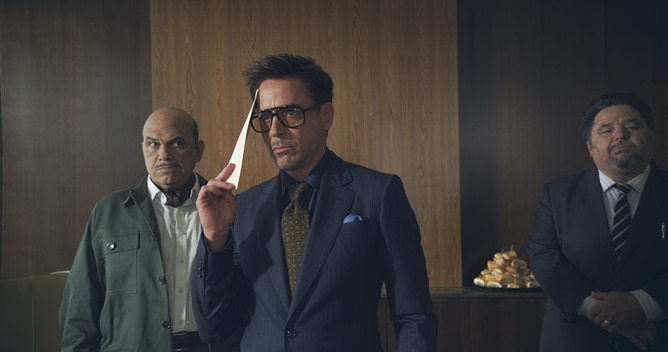 The idea here is that HTC inspires innovation not by being change you can believe in, but by being anything you want it to be. While smartphones in general now serve as phones, e-readers, portable media players, gaming handhelds, flashlights, TV remotes, and virtually anything we want them to be, HTC will drive this message home more literally with wordplay, associating the letters "HTC" with innovations quirkier than "high tech computer."

Downey's one of the most recognizable faces in Hollywood right now, and his trademark style is immediately recognizable from the moment he enters the frame. It's perhaps a peculiar match-up, but hiring a trendy celebrity may pay off considering that HTC's new branding efforts are geared more towards character, personality, and fun than any specific phone feature. They're not throwing dirt on the competition here, they're trying to cement themselves as something different. Will it work? Well, here's to change.

And if you're now wondering what a humongous tinfoil catamaran even is, look no further: 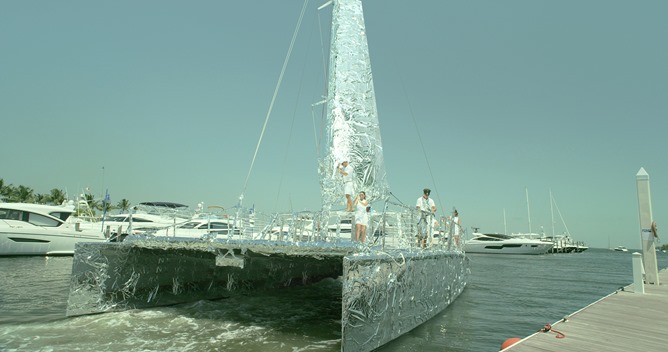 Nexus 10 Is Not Yet Supported In AOSP 4.3, Graphics Driver Looks Like The Culprit