The Chromecast is already a cheap device, but it isn't exactly easy to get your hands on one right now. The device sold out online and in Best Buys across the US within the span of a day. Now Google Play estimates that new purchases won't ship for 3 - 4 weeks, and who knows when Amazon will restock. What's a person left to do? Enter the CheapCast, a free app by developer Sebastian Mauer that lets any Android device replicate the functionality of a Chromecast.

Does It Work As Well As A Chromecast? 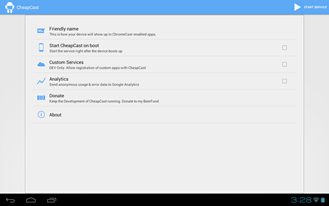 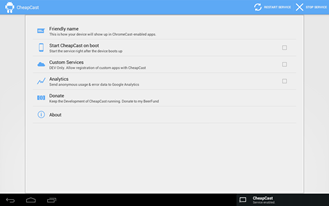 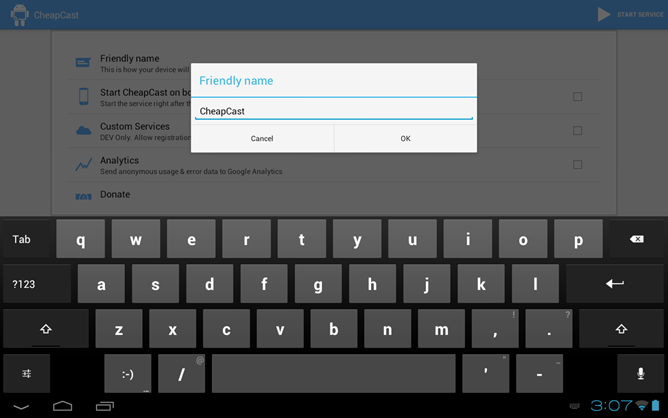 Short answer: yes. Like the Chromecast dongle that it replaces, the CheapCast doesn't have much in the way of options, nor does it take long to set up. Since it's coming from an Android device that you've already connected to WiFi, it skips the setup phase that a Chromecast dongle goes through. Just plug the tablet into the HDMI port of your TV and activate the service using the button in the top right. It's really that simple. I was able to pull out my phone, see the CheapCast from the YouTube app, and stream the new HTC One commercial starring Robert Downey Jr. without hitting any snags. That said, I only tested the CheapCast on one device. Your mileage may vary. 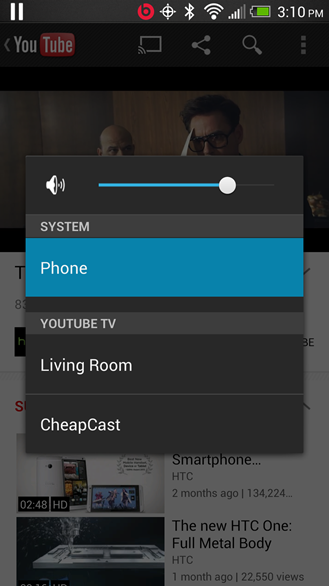 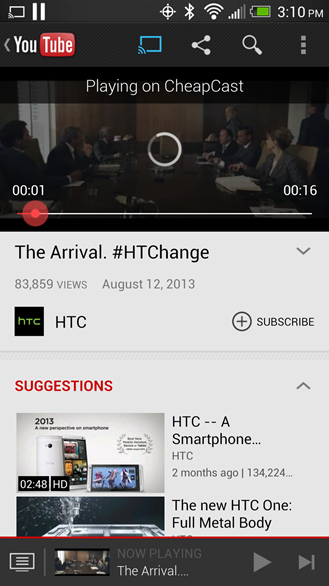 For one, tab casting is not supported. Video quality is also limited by the device the app is installed on. That aside, much of the beauty of the Chromecast is that it disappears tidily behind a TV. A tablet, on the other hand, does not. A tablet plugged into an HDMI port is still as unsightly as, well, a tablet plugged into an HDMI port. Unless someone is willing to invest in a dock or some other attractive means to semi-permanently situate their device next to the TV, it's going to look like someone forgot to clean up their mess, and at that point, they may have spent more money than they would have on a Chomecast. 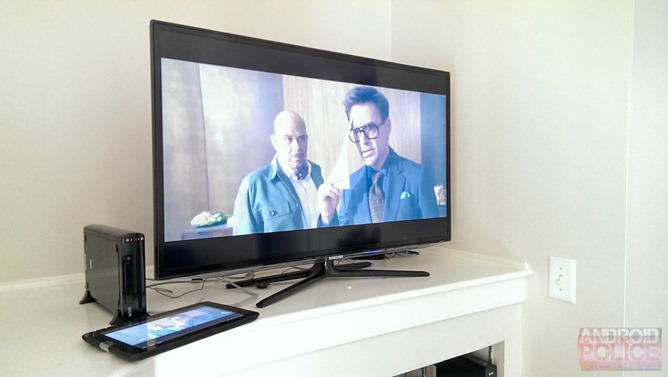 But this problem goes away entirely if you're using an old smartphone instead of a tablet, especially if it's small enough to tape to the back of the TV. Sure, it will need its own dedicated power supply, but so does a Chromecast. With enough duct tape, it can be just as seamless of a solution (as long as the back of your TV isn't visible). There are also Android mini-PCs and HDMI sticks available out there that, with the help of CheapCast, could turn your dumb TV into a smart one.

The CheapCast isn't for general consumers - it's for tinkerers. The challenge of how to replicate a Chromecast's elegance isn't a job for the app developer, it's a task for those of you who can't bear the wait for stores to restock. It's a useful app to help you create your own Android-based television setup, and it's great for someone who docks their Android devices often enough to see the value in being able to use a separate Android device as a remote, someone with enough devices gathered up that not having to buy another dongle - even at $35 - will save them money. For everyone else, the Chromecast is still the cheaper deal.