If you like the idea of being able to upgrade your phone once a year instead of every two, AT&T is more than happy to oblige with its Next plans... for a price. But adoption must have been a bit more tepid than they anticipated, because the monthly payments for phones on the Next plans seem to have been reduced without fanfare. Most phones have had their monthly finance-free charges reduced by a dollar, but some of the flagship phones have $5 reductions, scaling up to $60-100 in savings depending on when you upgrade. 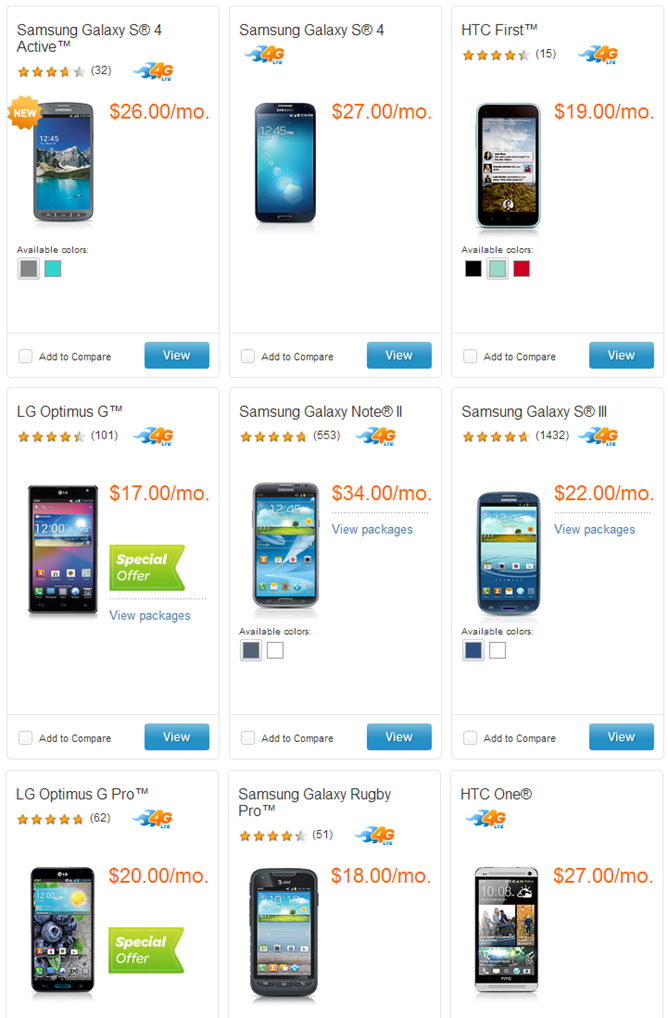 The Galaxy S4 16GB and the HTC One are both $27 a month - $540 over the 20-month 0% financing period, or $324 if you trade one in as soon as the 12-month upgrade period expires. (Keep in mind, you have to trade it in in good condition, and you'll immediately start paying on your upgraded phone.) The tougher Galaxy S4 Active is now $26 a month on the Next plan, the Galaxy S III is a surprising $22 a month, the LG Optimus G Pro is $20, the HTC First "Facebook phone" is $19, and the Optimus G is just $17 a month. Other Android and non-Android phones are available, but aside from the various iPhones, they're not particularly notable.

Strangely, the Galaxy Note II is considerably more expensive at $34 a month - $680 after 20 months, and damned frustrating for anyone who buys it now only to see a new model pop up in a few weeks. According to this report from Engadget the lower prices are for a limited time, but there's no word on when they'll go back up. Naturally, all of these charges are on top of AT&T's regular plans.

Please keep in mind that the Next plans only make sense if you really do intend to get a new phone every year, and aren't planning on leaving AT&T at any time in the near future. If you do, the remaining balance on your phone will generally put you much farther in the hole than if you had simply bought it at the subsidized price and paid the early termination fee. AT&T's Next plans are still pretty poor deals when compared to the Jump! plans on T-Mobile, which allow upgrades every six months. And of course there's nothing like buying an unlocked or unsubsidized phone if you want to be truly free of the soul-crushing machinations of an increasingly anti-consumer corporate oligarchy carrier contracts.

How To: Restore Your 2013 Nexus 7 Back To Stock Using A Full Factory Image And Root It