How much would you pay for an Android security suite that may occasionally be of use? Maybe $1.99? $4.99? How about $149.00? No? Well, that's what Kaspersky Lab is currently asking for its Mobile Security app in Google Play. Got a lot of cash to burn and very little common sense? Kaspersky Tablet Security is only $199.00. What?

See, the apps for phones and tablets used to cost $4.95 and $9.95, respectively. A bit steep, but not outlandish. So does Kaspersky really think its software is worth hundreds of dollars all of a sudden? Probably not. It looks like the company tried to nudge the price upward and just missed a few keys on the keyboard.

Kaspersky's website now lists the phone security app at $14.95 and the tablet version at $19.95. Slide that decimal place over one notch, and you basically have the newly inflated prices. Math is important, guys. Presumably someone at Kaspersky will notice the error and fix it. Hopefully no one buys without checking the price before that happens. 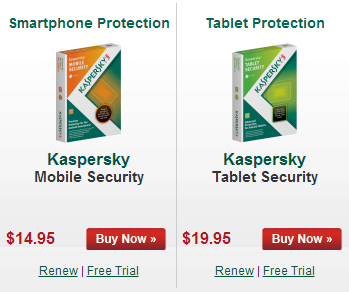