The Nexus 7 2013 is awesome in just about every way, building on the strengths of the original to become an easy choice for the best 7" Android tablet on the market at the moment. But there's at least one company that isn't altogether happy with it: NVIDIA. Their Tegra 3 chip powered the first Nexus 7, but Google switched to Qualcomm for the new version... a decision which hasn't come without problems of its own. In any case, new leaked photos show that NVIDIA may intend to strike out with a self-branded 7-inch tablet. 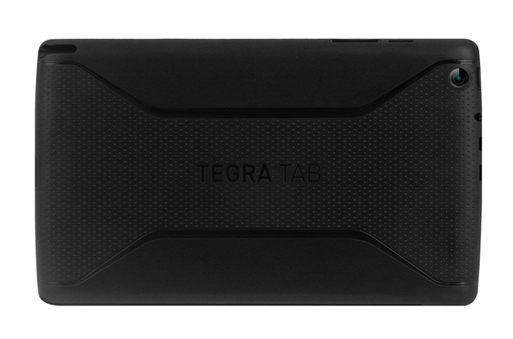 Chinese gadget site Webtrek posted two convincing photos of the "Tegra Tab," which appears to be an NVIDIA-branded tablet on the smaller side. Freed from the designers at Google and ASUS, someone at NVIDIA went to town on this one. While it includes a lot of the elements of the original N7 like a stippled plastic back and a 7-inch screen, there's also a rear camera (reportedly 5MP), mini-HDMI port, and even a stylus bay. Recall that NVIDIA has already shown off some advanced stylus integration with the Tegra 4 chipset. The source claims that the plastic tab next to the camera might be a SIM card slot, which would indicate that this tablet is using the Tegra 4i, a cheaper, less-powerful version of the T4 with an integrated LTE radio. (It could also be a power button, but there appears to be one on the top edge of the tablet already - see above photo.) 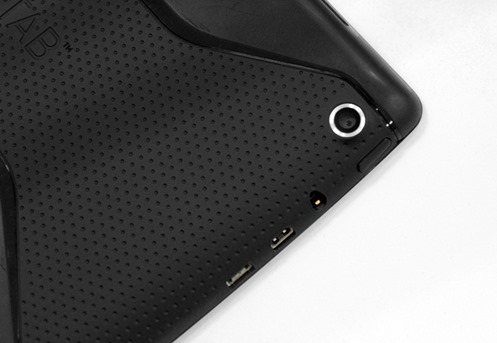 The Verge speculates that Chinese manufacturer Shenzhen Homecare Technology is a pretty good bet for a possible manufacturing partner. The firm recently stated that it was building a "Tegra 4 tablet with a stylus," and meetings with NVIDIA executives have been posted to the company's website. One photo shows an NVIDIA executive with a whiteboard including the words "Nexus 7," but that doesn't mean a whole lot on its own. More telling is the fact that NVIDIA has registered a trademark for "Tegra Tab" with the USPTO.

Of course, this could all be so much chasing after the wind. The photos are indeed convincing, but even assuming that they're real, the Tegra Tab could be an internal developer-focused project or even a Windows RT device. (Yesterday NVIDIA stated that they'd be supplying the internals for Microsoft's second Surface Windows RT tablet.) And though NVIDIA has shown a willingness to enter the consumer hardware world with the SHIELD gaming device, a conventional tablet running either OS would directly compete with some of the company's OEM partners. ASUS, Toshiba, HP, and others have already announced Tegra 4-based tablets.

NVIDIA has declined to comment on the photos, surprising no one.

Source: Webtrek via The Verge

Koush Demonstrates Streaming To Chromecast With Any Media App On CyanogenMod