You know the routine - you're browsing Android Police, scrolling through our amazing content when you lie down in bed, only to have your phone go crazy. The narrow content you were scrolling through has switched from portrait to landscape view, even though the phone is still facing the same direction relative to your head as it was before. At best, you stand your phone back up, pull down your notification shade, and press the toggle. At worst, you navigate away from the app into system settings and dig around for the display options. Rotate on Shake is faster than both of these options. Just give your phone a shake to toggle auto-rotate on and off. It's that simple.

To clarify, Rotate on Shake doesn't actually rotate on shake. Shaking your phone toggles auto-rotate, which then permits you to rotate your own screen the old-fashioned way. It's going to require a solid, healthy shake to activate by default, but this is a good thing since it prevents the app from activating unless you really want it to. After a good shaking, the phone will vibrate and throw up a toast notification showing whether the phone display was just locked or unlocked. 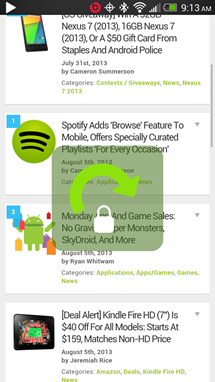 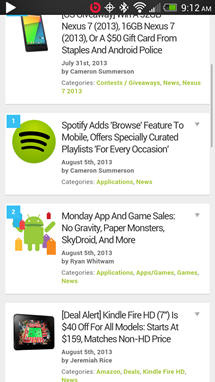 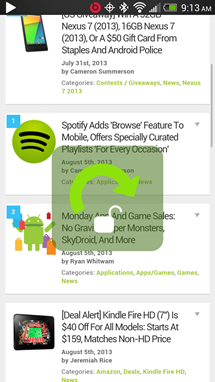 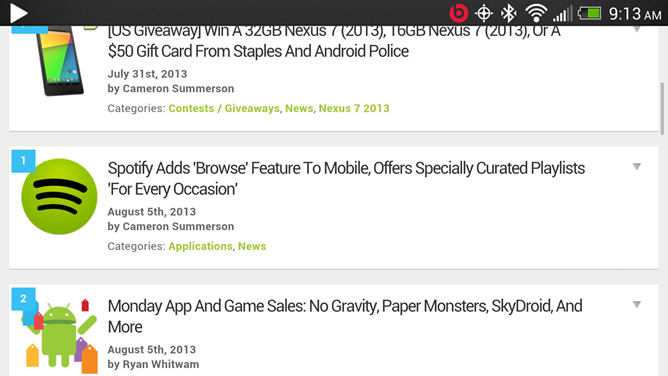 What It Doesn't Do

Most of Rotate on Shake's "drawbacks" are a matter of personal preference. For example, unlocking the display turns on auto-rotate, sending the screen swirling around in whatever direction I hold my phone, but locking the display turns off auto-rotate and resets the view back to portrait. For better or worse, the display doesn't remain in landscape, and there is no option in the settings to enable this behavior. Yes, this is how Android works by default, but it would be nice if Rotate on Shake expanded on the functionality in this way. It feels like it should, after all.

Rotate on Shake also doesn't throw an icon in the notification area. This doesn't bother me, as I always rush to disable icons for this type of background service whenever given the choice, but I know others might appreciate having a visual notice of when the process is running. Again, there is no option in the settings to enable this.

So What Is In The Settings?

Not much, really. Users can toggle the vibration on and off, along with the toast notification. Both are on by default, and a person should get by just fine relying on either one. But disabling both, to me, just sounds like a nightmare. But hey, it's an option. 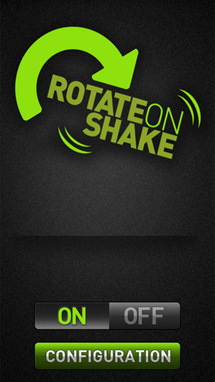 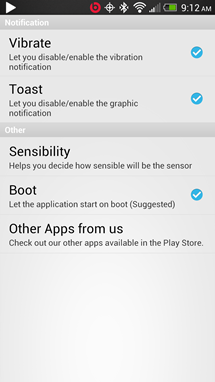 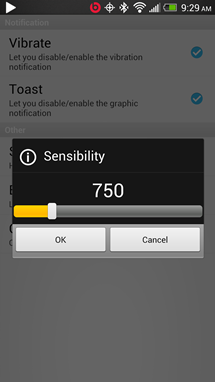 The app's sensitivity is adjustable, though the developers have mistakenly labeled it "Sensibility." Clicking on the setting pops up an outdated slider box that will make certain users cringe. It defaults to 750. Turning it down lower will make the app as sensitive as a Geiger counter, with only the slightest movement necessary to trigger the display. But cranking it up might just require strapping the phone to a jackhammer.

That's right, Rotate on Shake isn't free. The app costs $1.60 to use, and there is no free version. I understand why you might want to test something like this out first before making the plunge, but so far this might just be the happiest I've been giving the Play Store money. Wrestling with auto-rotate has plagued me since my first Android device, and this is the least intrusive solution I've seen yet. That said, alternative options still work. You could combine this with an app like Smart Rotator, which lets users pre-select which apps should open in which orientation, and both will continue to work just fine. This app takes a fundamentally different approach, and it doesn't clash with pre-existing toggles or system settings either. Shake on Rotate is purely a supplementary product, and one I highly recommend.