Android emulator fans, meet you new best friend. Yesterday the DraStic Nintendo DS emulator was published to the Play Store, for the admittedly high price of $7.99. It's not the first DS emulator for Android, but it's far and away the best - the combination of smooth performance (on sufficient hardware) and a stupefying amount of options to adapt the DS ergonomics makes it an easy recommendation. 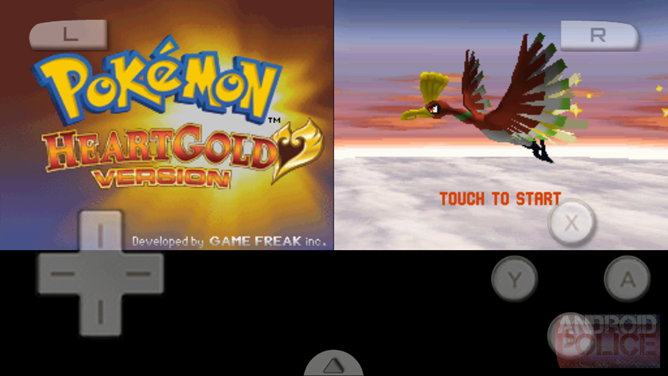 Most of the existing DS emulators are based on code for Windows programs, making them unbearably slow on Android. This one is designed from the ground up to run on ARM, and requires at least a Cortex-A8 processor (with a few exceptions) and 256MB of RAM to run. I tried out DraStic on both the NVIDIA SHIELD and the Nexus 7 2013, and performance was at basically 100%, but devices with limited RAM and single-core processors will probably see noticeable drops.

To set up DraStic, you'll need to get the BIOS files for the Nintendo DS and drop them onto your device's root storage folder, SD card, or Download folder. Now, these files are copyrighted, and the only way to get them legally is off of your own NDS system via some expensive third-party hardware. There are other ways for Google Android users to get Nintendo DS BIOS files, but they aren't strictly legal. The game ROMs themselves are also a somewhat tricky legal subject, but it's generally agreed that you've got the right to emulate a commercially-sold game if you own an original copy. All the screenshots you see here are from games that I own.

Once you've got your files in place, start the app and select a game from the file browser. Here's the other part of DraStic that makes it fantastic: the options. As you may know, the dual-screen setup of the Nintendo DS is a tricky thing to work onto a single-screen interface. But DraStic offers no less than six different window modes for the two emulated screens. In the default view both sides are equally large and side by side, but there are options for big and little screens (nice for games that don't utilize one or the other very much), a stacked view, and single full-screen views. All of these can be swapped at any time with an assignable button. The portrait stacked screen layout is probably the best one for those with tablets or larger phones. 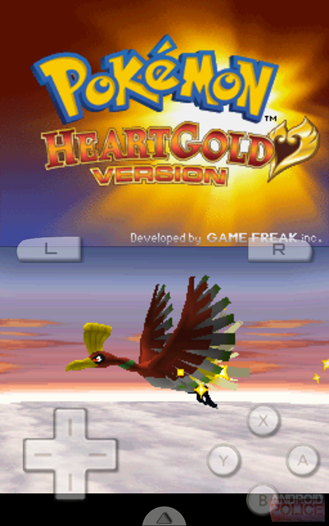 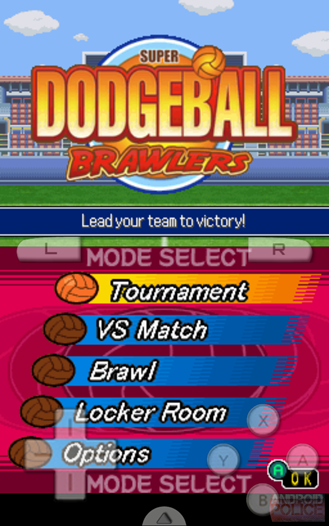 While playing the game, you have complete access to the DS's physical controls via virtual inputs, plus the lower touchscreen emulated in Android. A pop-up menu will let you activate stylus mode, making the virtual controls briefly disappear for more complete touchscreen control. The DraStic emulator also supports controllers. HID, Bluetooth, Xperia Play, Moga, NVIDIA SHIELD - whatever you've got, it can handle it. Mapping is quick and easy, and you can bind the screen-swap feature to any hardware control you like. 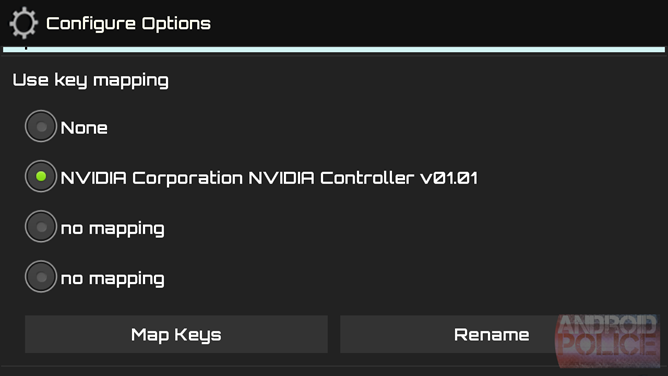 Dive deeper into the settings and you'll find all the standards of quality Android emulators: visual and audio settings, cheat code support, frame skipping, lots of variables for virtual controls and opacity. There's an FPS meter, an autosave function, and even cloud file saves that upload and download from Google Drive, for continuing your DS gaming session across multiple devices. Good grief, there are even options for the language, system name, birthday, and favorite color, recreating all the essential bits of the DS hardware menu. 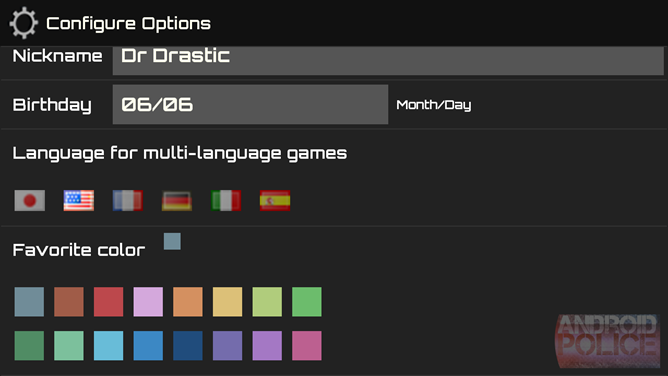 I'm stupefied at how much patient, quality development has gone into the DraStic emulator. The only thing it's missing is multiplayer support, and considering the stellar performance elsewhere, that's an easy problem to overlook. If you've got decently powerful hardware and an urge to relive the DS glory days, grab your ROM files and eight bucks, then get playing.

Note: Drastic is incompatible with Tegra 2 devices (most first-gen Honeycomb tablets like the XOOM and Galaxy Tab 10.1, and quite a few 2011-era phones) and any device running an ARM11, Atom, or MIPS processor. Don't say we didn't warn you.

'Top Men' Pull Through – Netflix Updated With 'Fixes' For Android 4.3