Remember the "Zap" feature that Motorola and Verizon hyped up during their latest press conference? You could be forgiven if you don't - the local sharing app is a solution looking for a problem, and it's only for the new DROID phones. Like the previous Moto-exclusive apps, Droid Zap has popped into the Play Store long before the launch of the DROID Ultra, DROID MAXX, or DROID Mini. 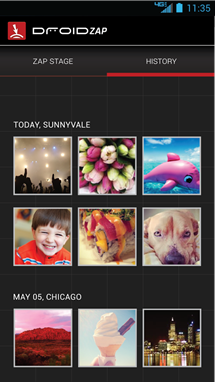 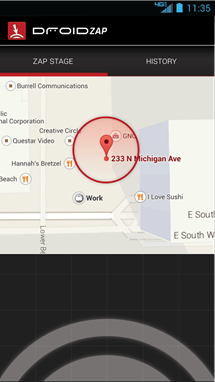 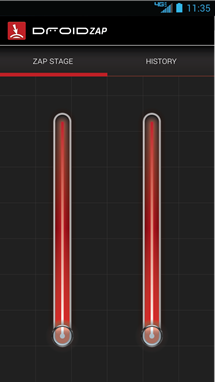 Why have it in the Play Store? This is the receiver app, presumably included in the ROMs for the upcoming phones. It should allow any device to receive photos or videos from the new DROIDs, but you'll still need one yourself to send anything. Zap is activated when a DROID user swipes up with two fingers on a photo or video, then a virtual sharing zone is created in the immediate vicinity (300 feet by GPS). Anyone in the area with this receiver app will be alerted to the available file and have access to download it. You can set a PIN for sensitive photos or videos. After two minutes, the file disappears.

So basically, it's Android Beam with a local point-to-point wireless transfer instead of NFC. I'm sure it's fast, but it seems kind of pointless when everyone's used to sending files and links via email, chat, or SMS, and it's made doubly so by being relatively exclusive. There won't be any point to downloading Droid Zap until the new phones hit Verizon on August 20th, but if you're just dying to see a glimpse of this functionality, knock yourself out. 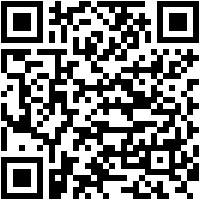