Speak softly and carry a big user base. It doesn't exactly roll off the tongue, but that might as well be the unofficial motto of WhatsApp. The cross-platform messaging service has been quietly spreading over the last couple of years, coming to every major mobile platform and gaining over 300 million active monthly users, according to AllThingsD. What's next for the quiet revolution? Voice communication. 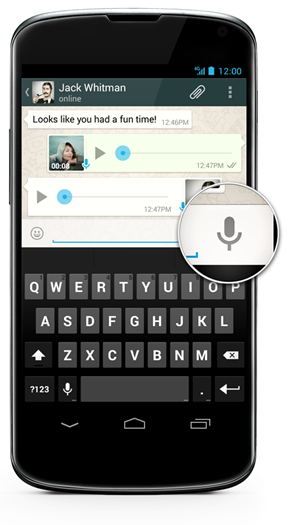 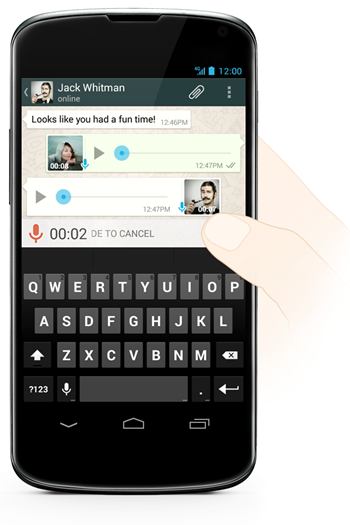 Well, sort of - it's more like a short voicemail message, not a live two-way conversation. But the hook is that it's free, like the WhatsApp apps and its SMS-style service. (Users get a year-long free trial, then it's just a $.99-per-year subscription.) Today Push-to-talk messages have been enabled for all versions of the app on all platforms, allowing connected users to talk to each other with only the connection cost in their way. And that's a lot of users, all over the world. Some locations and platforms have been using the voice messages for a while, but now it's worldwide across Android, iOS, Windows Phone, Blackberry, and Symbian. 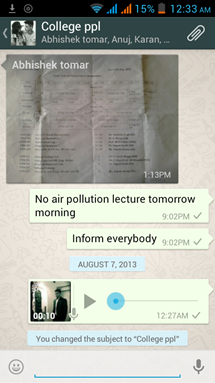 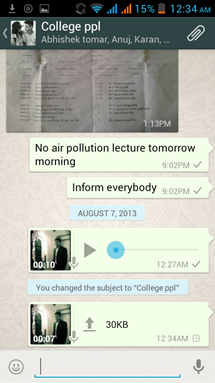 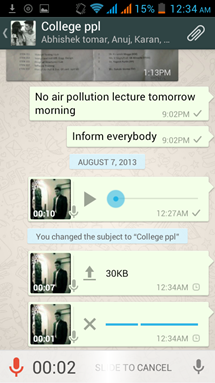 In the updated app you tap and hold the microphone icon to record a message, then release to send it. You can see that your recipient is listening to the message when it turns blue. It's not quite like the "PTT" feature that became popular in the mid-2000s, because it has to be recorded and transmitted. And it isn't a new idea, either: there are more than a few apps on the Play Store that use this functionality as their core selling point. The two things that WhatsApp offers that might actually make a difference are that huge user base, and the fact that each one can be contacted via an existing phone number integrated into your phone's contact directory. 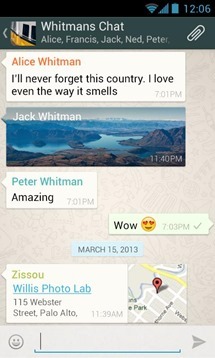 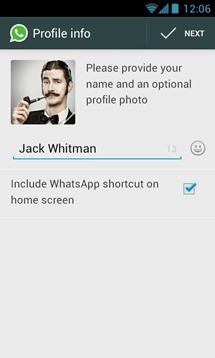 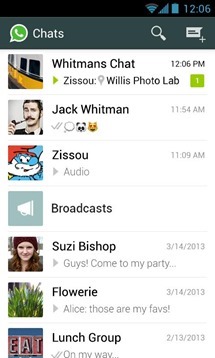 WhatsApp is unlikely to bring the established carrier model to its knees, but with a dedicated group of active users and a ridiculously easy method of replacing SMS, it might just disrupt the market of SMS fees - or at least what's left of it. The WhatsApp network continues to grow at a rapid pace: approximately 50 million new, active users in the last two months alone. It's certainly possible that it could become much more widespread than Hangouts, iMessage, BBM, and the like.