When a phone is advertised as "water-resistant" you have to wonder just how resistant it actually is. In the case of the Samsung Galaxy S4 Active on AT&T, the answer is apparently "not very." Despite AT&T heavily advertising the device as “whatever-proof” and great for taking underwater videos, some owners have been complaining of damage to the device after an encounter with water. 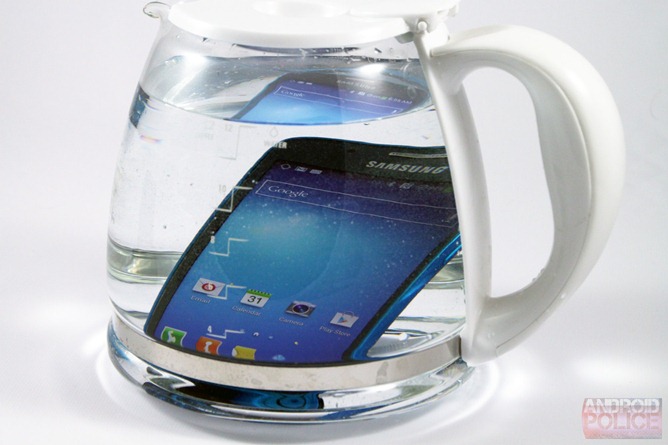 The Active is supposedly IP67 certified, which means it should hold up to water at a depth of one meter for 30 minutes. The phone's warranty does not include coverage for damage by liquids, but AT&T is apparently seeing enough waterlogged GS4 Actives that it is doing something about it. Anyone with a handset damaged by water can bring it in for a one-time replacement with another GS4 Active. Here's AT&T's statement:

Samsung designed and tested the Galaxy S4 Active to adhere to IP67 standards for water resistance (1 meter for 30 minutes). If your Galaxy S4 Active has been damaged due to water exposure, bring it back to an AT&T retail store as soon as possible for a one-time exchange for another Galaxy S4 Active.

Since this a one-time deal, this rugged device will have to be treated a bit more gingerly after being swapped out. AT&T isn't saying anything about a possible cause of the issue, but it's possible there is a problem with the seal around the battery door, or perhaps people just aren't closing it all the way. Whatever the problem, GS4 Active users have won an extra life.