It was only a matter of time. Samsung just sent out invitations to the their latest Unpacked press event, this time labeled "Episode 2." It's scheduled for 1PM EST on September 4th, just under one month from today, before the annual IFA show in Berlin. Android newshounds will recall that the original Galaxy Note got its debut at the same venue back in 2011. 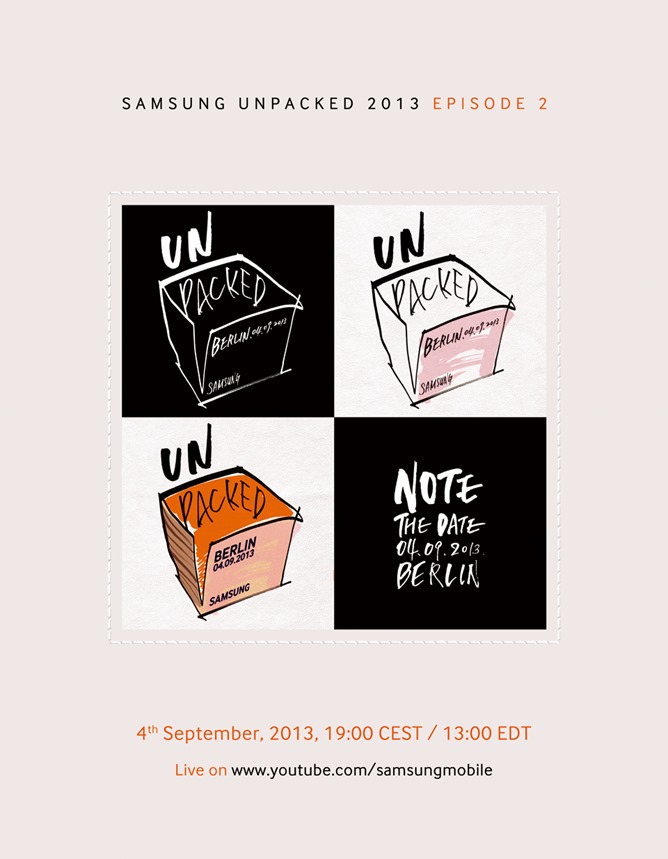 There's little doubt that new Note hardware will be the focus of this event: stylized text reading "NOTE THE DATE" is emblazoned on the invite. The Galaxy Note III is the obvious choice for a reveal, but as they say, it's not over until the fat lady sings. The Galaxy Note 10.1 is also due for a refresh, and Samsung is always ready to show off entirely new toys. Note-style functionality for Windows hardware wouldn't be out of the question, though it would be a bit out of our wheelhouse.

The competition for "phablets" is heating up. After Sammy defined the super-sized category two years ago, all kinds of competitors have arrived from LG (Optimus G Pro), Sony (Xperia Z Ultra), Asus (Fonepad), and even Samsung's cheaper offerings like the Galaxy Mega. Just yesterday an alleged HTC leak showed a 5.9-inch One Max device, probably hoping to grab a piece of the market for the Taiwanese phone maker. It will be interesting to see if the two manufacturers face off in Berlin.