Guardian Cross is different from most most Square Enix mobile games. It's still a role-playing game, but it's centered around trading cards and is available for free. This is striking for a game company that charges some of the highest prices to be found in the Play Store. The game is already available for iOS and has accumulated over a million downloads, so expect both an addicting and relatively accessible experience. 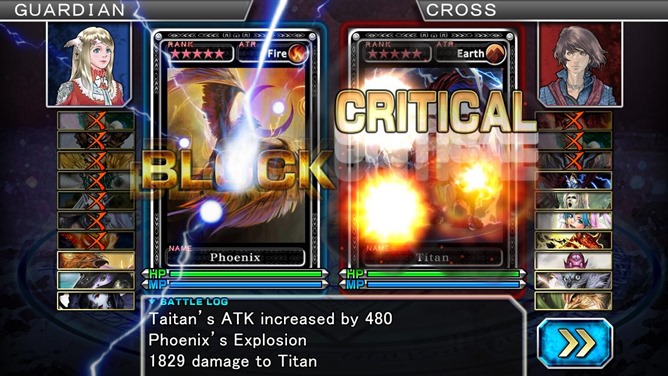 Players can enjoy multiplayer co-op with friends or take part in weekly player-versus-player events. It's all the fun of a traditional trading card game tournament, only without the high cost of collecting cards and those pesky travel expenses. Gamers can complete Guardian Cross without spending a dime, but they will have to pay to enjoy some of the premium content.