Floating Music Widget, despite the name, isn't really a widget. It's an app that launches a floating window granting quick access to your currently playing song. The app takes the music widget that usually resides on your lock screen and lets you use it anywhere. It isn't rich with features, but it's a convenient way of bouncing back and forward between tracks. Yet despite doing exactly what it promises, it probably won't replace other means of managing music for most people. 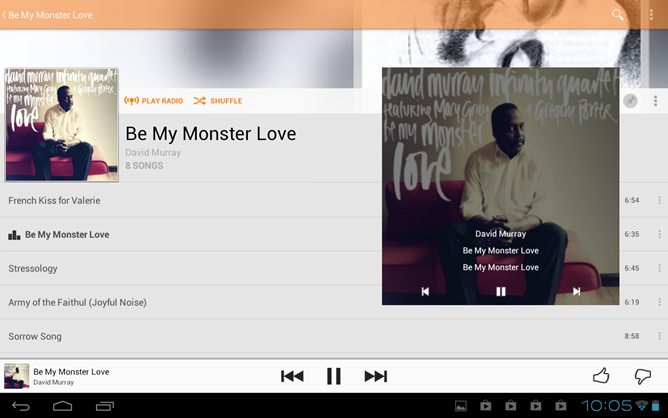 This app clearly isn't a commercial product. Those typically come with branding, features, or polish that somewhat slow them down. Floating Music Widget has none of those things - for better or worse. It comes on instantly and displays whatever music is currently playing on your Android device. It's intended to be a supplement to your favorite music player, as there isn't much in the way of functionality here. It makes it simple to pause a track or skip to the next one, but there's no manual track selection here. 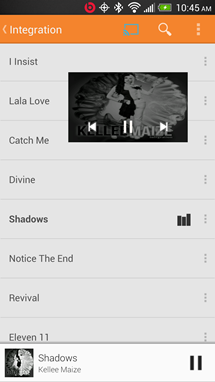 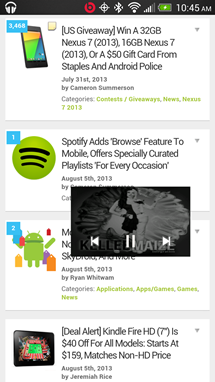 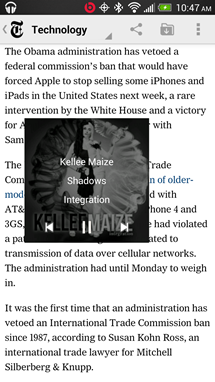 While Floating Music Widget isn't at all what I'd call unobtrusive, it isn't impossible to read content while the app is hovering in the foreground. You can resize the window by pinching in or out and drag it around to position it in less annoying places. Closing the app is as simple as double-tapping. Since it operates independently of whatever music player you rely on, you can close and re-open the window as often as you like without impacting playback. I can't imagine leaving the window open for long periods, but it could be nice to have a shortcut on my home screen or notification drawer that pops it open. Since the app opens and closes so quickly, it's less effort than switching back and forth between whatever I'm reading and a dedicated music player.

Update: As one commenter pointed out, holding down on the home key will prompt users to use either this widget or Google Now. This provides possibly the fastest way to launch the app, since all you have to do is hold down a button. It's just a shame the integration isn't thorough - you still have to double-tap to close the app. Just pressing the home button again presents the negative outcome I explain below.

Still, It's Kind Of Janky

Floating Music Widget is not without its share of hang-ups. The most glaring problem is the complete lack of on-screen instructions. When I first opened the app, it covered up half of my tablet's screen, and I couldn't find out how to interact with the window aside from dragging it. Since it defaults to a large size, I struggled to get to my tablet's settings menu and find the force stop button. I had to return to the Google Play page to find instructions on how to use the app. 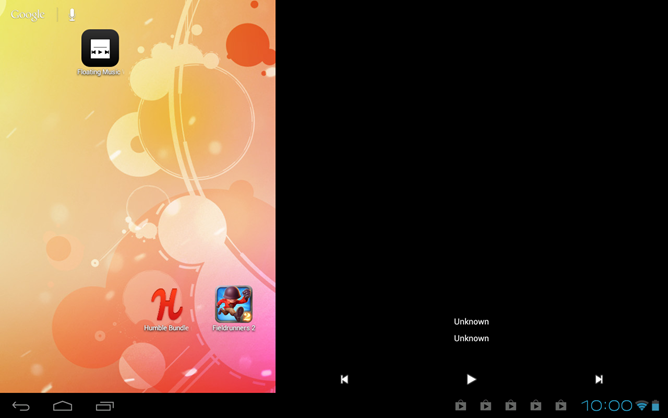 The Floating Music Widget displays the content that's pumping through your speakers, but it doesn't necessarily pull album art from the same source. This isn't really a problem with mainstream artists, but when I wanted to listen to Josh Woodward, I was greeted with a black window despite the presence of the cover art in Play Music. 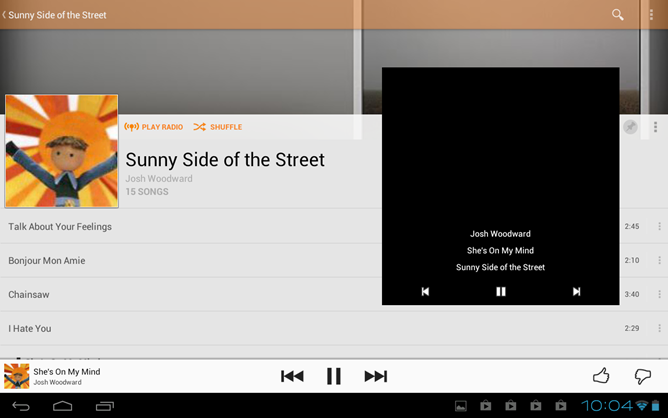 It also bears repeating just how bad the default size is. Yes, it matches that of the widget found on a lock screen, but it makes a phone borderline unusable. The widget hovers on top of keyboards, recent app windows, and anything else outside of the notification drawer. It's easy to fix with a simple pinch, but without instructions to do so, it's a horrible first impression. 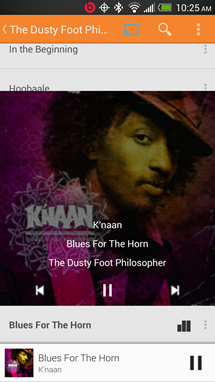 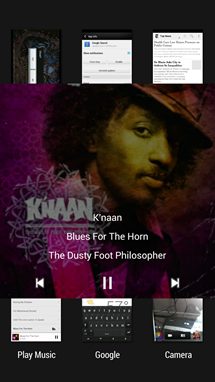 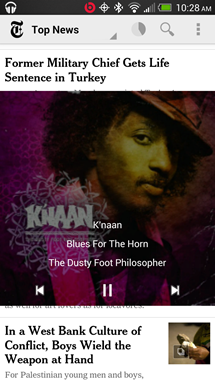 Floating Music Widget is free and works as advertised. It's not buggy, it doesn't use up much memory, and it isn't going to kill your kittens. Just know that it only works with players that already put a widget on the Android lock screen. I tested it using Play Music, but it should also work with Poweramp, Droidsound, and Yandex.Music. If you've ever looked at the lock screen music widget and wished you could use it elsewhere, then Floating Music Widget is the app for you. But if you haven't, then this experience might just run you up the wall.