Welcome to the latest entry in our Bonus Round series, wherein we tell you all about the new Android games of the day that we couldn't get to during our regular news rounds. Consider this a quick update for the dedicated gamers who can't wait for our bi-weekly roundups, and don't want to wade through a whole day's worth of news just to get their pixelated fix. Today we've got an old (and awesome) twin-stick shooter, a new (and only slightly less awesome) twin-stick shooter, a zen puzzle game, and a 3D survival horror title. Without further ado:

Age Of Zombies was one of the first quality games I played on Android, and it's just as good today as it was then. Halfbrick has released a demo version of their zombie-blasting, wise-cracking, sleeve-defying top-down shooter, so that even those who insist upon playing only free games can get a taste of the fun. Considering the high degree of polish in this game, I am willing to suspend my hatred for all things zombie on this occasion. You can (and should!) buy the full version for a dollar.

Lock and load through the history of time as a tough-as-nails commando named Barry Steakfries, who is looking for nothing more than to shoot some zombies and make it back in time for a hearty dinner! The evil Professor Brains has sent hordes of undead to the furthest reaches of time to destroy mankind, but Steakfries won’t be taking that lying down. He’ll take it with a gun, a Zombie T-Rex and a whole repertoire of cheesy one-liners!

Alien Blitz looks like nothing more or less than an attempt to remake a twitchy, Doom-style shooter in a pixelated top-down format. It's got guns. It's got aliens. It's got more bullets on screen than seems reasonable. Everything looks pretty tiny in those screenshots, so this is one game that might be better on tablets (though smartphones are supported). The full game is $2.49, but there's a free demo version as well.

Your island has been invaded by aliens during the night, take your shotgun, and kick them out! Alien Blitz is a top-view arcade-shooter with loads of weapons, maps and monsters. You play a soldier resting on his native island, but it is quickly overrun by monsters from outer space and no outside help is available. You put on your armor, take your shotgun and go to find out what happened at the peril of your life. What if Super Hexagon had two moving targets instead of one? That idea is more than a little insane, because Super Hexagon eats gamers for breakfast. But ShadowArc is more on the "zen" side, with soothing music and visuals. It's still plenty hard: you'll have to move and swap two needles to catch the correctly-colored arcs as they go by, and hope you've got enough time to grab some health and power-ups while you're at it.

Defend yourself against the endless waves of arcs that threaten to send your universe into the void. You must maneuver your paddles to block the onslaught of approaching arcs. Arcs approach at varying speeds, trajectories and patterns, so stay alert and be ready for anything! ShadowArc features hours of gameplay and replayability with numerous levels spread across the different Zones. 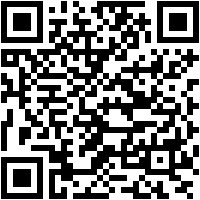 Survival horror fans don't have a lot of options on Android, but Tower Of Evil looks promising. (It's got a tower, and you can tell it's evil because of the inverted pentagram motif.) This game is played in full first-person 3D, and though the graphics aren't anything to write home about, they should be good for a jump scare or two. It looks like the gameplay itself is heavy on adventure game puzzles and light on combat.

SPECIAL RELEASE PROMOTION - 50% OFF! This is a 3D survivor horror adventure game. You are held captive in a prison called Tower of Evil. Your goal is to survive and escape. In order to do that, you will have to go through many dangerous situations, face demonic creatures, solve puzzles, riddles and much more! Don't miss our regular gaming coverage from this weekend:

iblazr, 'The LED Flash For Smartphones And Tablets' Well Funded With 28 Days To Go On Kickstarter