Hey, NFL Mobile developers. We need to talk. I'm glad you decided to drop the yearly re-title from your app - that's one less thing you'll have to do every summer. But the number after three is four. Four. The one right before five. Now I know decimals can be tricky, but I honestly have no idea what caused you to jump from app version 3.7 to 8.0.26 - next time, show your work.

Granted, there's a lot of new stuff in this version of the app. The entire thing has been redesigned as the publisher shifts from Verizon to the NFL proper, starting with a new user interface and video options focused on the NFL Network. You'll still need to be a Verizon smartphone user with the extra subscription option to view games on Sunday and Thursday, or use a tablet and subscribe to one of the NFL's cable/internet partners. Bummer. A few extra bells and whistles, like a team-specific tracking function, are thrown in as well. 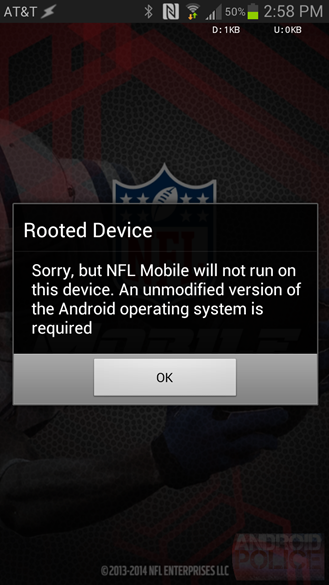 But the biggest change is that NFL Mobile will now actively block root users. This is presumably to keep evil hackers from capturing and rebroadcasting live video (because that's just downright impossible with plain-Jane cable equipment, right?). The block isn't just for video broadcasts, mind you - root users are blocked from even opening the app. As you might suspect, a lot of users (presumably including paying Verizon/cable customers) are not happy. 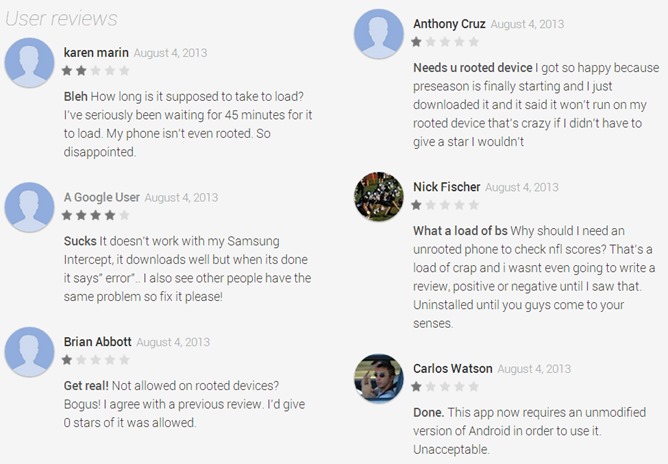 There are other teething troubles for the newly redesigned app, including download issues and some errors with the root check function. Thanks for keeping up the standard of excellence, guys.

FOLLOW YOUR FAVORITE TEAM - Custom alerts from your favorite team updates you on highlights, game start time, injuries, entry into the red zone, and scoring plays

5.9-Inch HTC One Max, AKA T6, Shown In Leaked Photo: Looks Like A Gigantic HTC One