It was only a matter of time until HTC stepped up to Samsung and offered a "phablet" of its own, and it looks like that time is drawing close. Chinese site ePrice, source of numerous reliable leaks in the past, has posted a photo of a 5.9-inch HTC device set to take on the Galaxy Note series, Xperia Z Ultra, and the like. According to the post, it's called the HTC One Max, codenamed the T6. 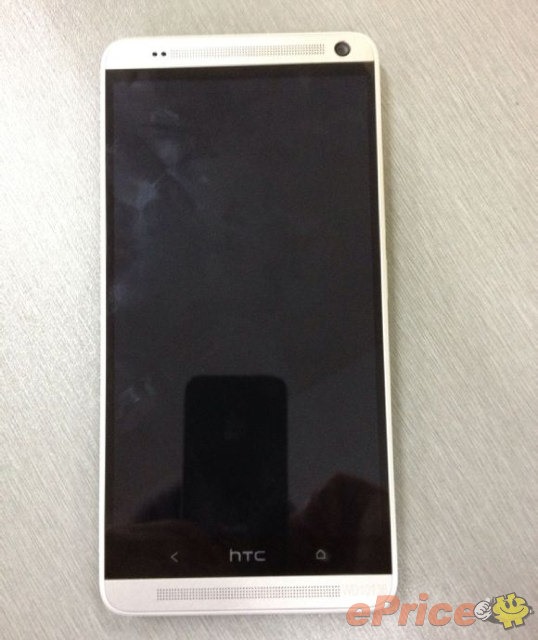 ePrice reports that they've seen both a standard and a Chinese dual-SIM version, but we're not sure which one this is, so take the following specs with a grain of salt. The 5.9-inch screen is full 1080p, just like the One. As you can see it's got the same dual front-facing "BOOMSOUND" speakers as the One and One Mini, albeit a bit elongated on the larger phone. ePrice reports a Snapdragon 800 2.3Ghz processor inside, along with 2GB of RAM and 16GB of storage. The dual-SIM model also has a MicroSD card slot accessible via a removable back plate, but the 3300mAh battery is fixed in place. We've seen at least one similar regional version of the One, so don't get your hopes up for a wide release model with expandable storage. 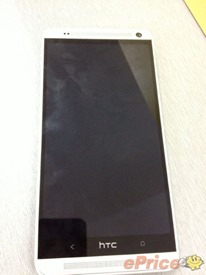 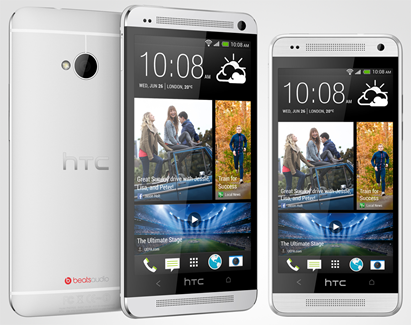 Cameras are the same Ultrapixel/2.1MP front-facing combination as the One, and this phone is a tiny bit beefier at 9.4mm thin. The screen bezel seems to have shrunk a little, but that could certainly be more of a perspective change than anything. Hardware controls remain the same. There's no word on software, but I'd expect a similar mix of Android 4.2 and HTC's Sense.

As usual, treat all this as rumor until we get some harder information. There's no knowing when or if HTC plans to bring a larger One to market, but if I was a betting man, I'd take odds that it's slated for a late fall or early winter debut. It might be intended to go head to head with the third-generation Galaxy Note.

NFL Mobile App Jumps From Version 3.7 To 8.0 (What?) And Now Blocks Root Users