It was just six weeks ago that we featured Rockmelt, an Android app with a bit of an identity crisis. It didn't know whether it wanted to be an RSS reader or a browser (but it did know it wanted to look like Pinterest). Well, the eponymous company that makes Rockmelt is the latest in a series of acquisitions by Yahoo. And they've killed the Android app deader than a dove at an NRA convention. 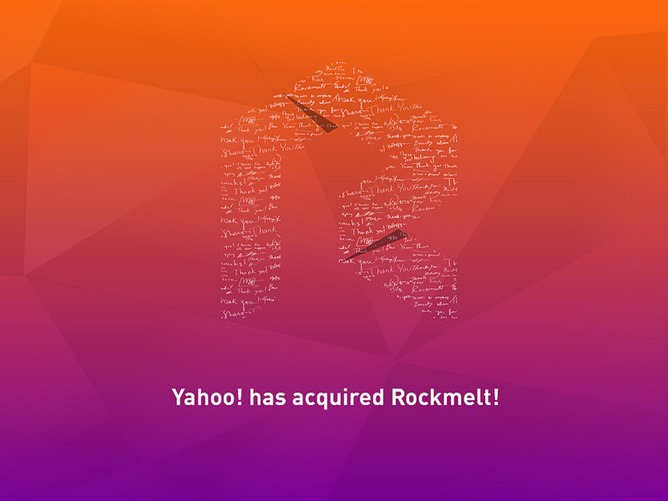 Rockmelt announced via its company blog that the Internet discovery service would be shutting down on August 31st as Yahoo integrates it into the larger corporation. But for whatever reason, they decided to kill off the Android app immediately, barely a month after it crossed over from iOS. (In case you're wondering, the iOS app is gone as well.) According to the still-active Appbrain page, the Android version had been downloaded more than 50,000 times - not bad at all. 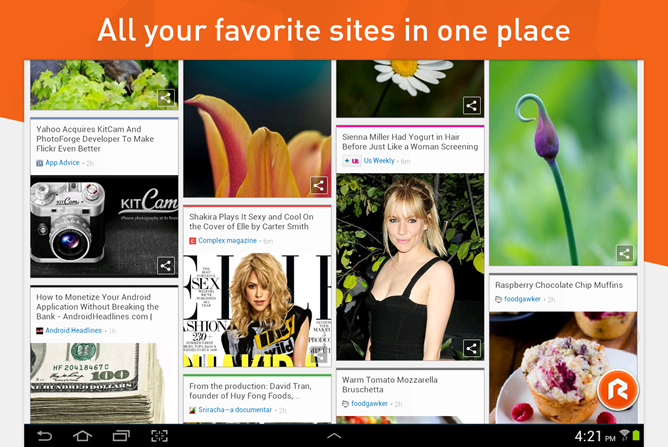 Maybe those 50,000 users can give misery a little company with Astrid fans (like me). In a similar move, Yahoo acquired the task/to-do app and service Astrid... and announced plans to shut that sucker down just a month later. At least Astrid got a farewell tour: it's not scheduled to go offline for another three days. Yahoo hasn't said exaclty how they plan to use either property, but it's safe to say that elements of the apps and services will show up again somewhere in Yahoo's wide wheelhouse.

Sprint Updates The Sprint / ZTE Flash To Android 4.1, Only Took Them 9 Months