Update 2: Verizon has confirmed that it is in fact an update to Android 4.1.2, not Android 4.2, as the screenshot below now reflects.

Do you still have a Verizon Motorola XOOM? That you'd still actually want to put on stock software? Well, for all three of you still reading, you're in luck: Verizon just announced the Android 4.2 update for its version of the XOOM. And Motorola did it all on its own, because the XOOM is no longer a supported AOSP device. 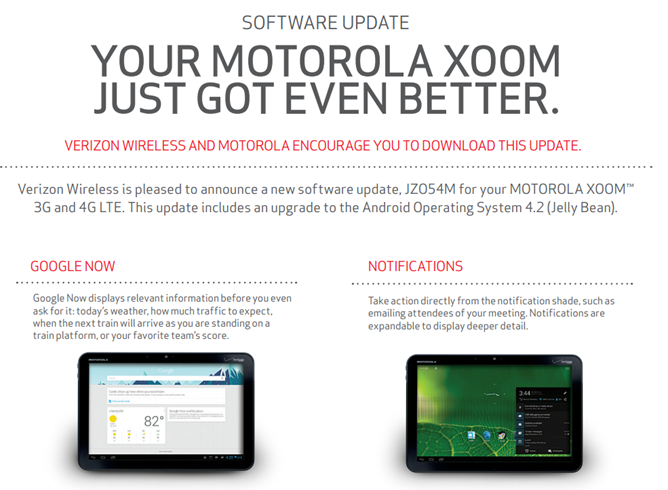 Aside from the Android 4.2 features you'd expect, Verizon has a few other changes in store. An improved keyboard, a revised settings menu, connectivity and stability enhancements for the modem, and a search option in the pre-loaded YouTube app (seriously, that wasn't there?).

You can expect the update to roll out in the next week or two.

T-Mobile Won't Be Selling The Moto X For Now, But Direct Purchase Through Motorola Will Be Possible