You might have noticed the pricing of the Moto X when it was announced yesterday. $199 is a typical price for a new subsidized phone on a 2-year contract, but what about T-Mobile? The magenta carrier doesn't do traditional subsidies anymore, so what's the deal? Well, a close reading of the original PR makes it clear that T-Mobile isn't going to carry the device in stores or online. It'll still exist, though. 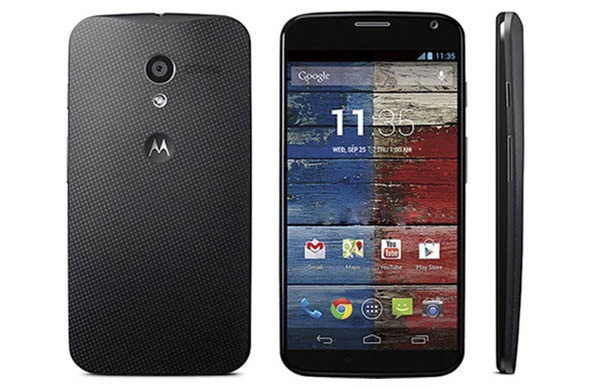 The other national carriers will all have the device on shelves, with AT&T getting the early exclusive on the customizable colors. It looks like T-Mobile will help Motorola make sure the T-Mobile optimized version of the device works on its LTE network, but that's as far as it goes. It's also possible this is a vague reference to the unlocked model, and there isn't one phone specifically designed for T-Mobile. Here's the relevant bit of the PR:

In the US, woven black and woven white models will be available at AT&T, Sprint, US Cellular, Verizon Wireless and at national retailers including Best Buy stores with a suggested retail price of $199 with a new two-year agreement. Additionally, it will be available on all carriers, including T-Mobile, at Motorola.com. (emphasis added)

Presumably this means the device will not be subsidized, or compatible with T-Mobile's payment plan. You could be looking at $575 for the device if you're on T-mobile. Without T-Mobile directly involved, the device could at least get faster updates direct from Motorola, which makes it seem like it could simply be the unlocked model we're talking about here. If that's the case, bootloader unlocking should be no problem.

We've reached out to Motorola PR to see if we can get clarification on this. There will be an update if we hear anything.