There's no denying the usefulness of a keyboard when doing a lot of text input on Android, and there's no shortage of Bluetooth options that fit the bill perfectly. Anyone who spends a lot of time in email or a text editor likely has one of these handy little accessories laying around, but if that user also owns a Nexus device with 4.3, then they're in for a bit of a surprise the next time it's paired up: many Bluetooth keyboards no longer work post-update.

We first got wind of this issue through a tip from reader Tom Henriksen, who cited several different forum posts as proof that this is indeed a verifiable issue. To confirm, I grabbed two different Bluetooth Keyboards (ZAGGkeys Flex and Logitech K810) and paired them both up with my 2012 Nexus 7, Nexus 10, and Nexus 4 – all of which are running 4.3. Both keyboards pair correctly and accept the input code, but past that, the results are quite interesting. The ZAGGkeys Flex – a keyboard designed specifically for mobile (Android or iOS) – doesn't work at all, regardless of whether it's in Android or iOS mode. The Logitech K810 – which is designed for Android, iOS, and/or Windows – works without issue. 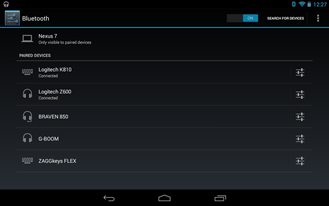 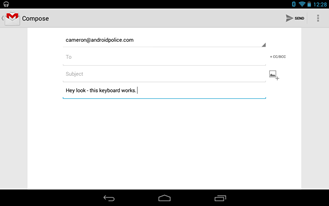 At this point, it's unclear what has caused the keyboard incompatibility issues, or which keyboards may actually work. So far, a handful of keyboards have been noted as incompatible: Zagg, Apple, Spider, Kensington, and GYMLE, just to name a few. There's no conclusive list right now, so it's best to just try it out and see if yours works. If you're in the market to buy one, however, it's probably best to wait until Google rolls out a fix. Otherwise, the only other option is to either forgo the 4.3 upgrade or roll back to 4.2.2 using the Nexus factory images; unless you have a 2013 Nexus 7, in which case you'll just have to wait it out and hope Google pushes a fix in a timely manner.

Note: Two bugs have already been filed. No response from Google at this time.