A lot of you have been waiting to hear about the status of the bootloader in the Moto X - after all, if this is Motorola's new standard, how do they intend to go forward? The answer is a bit anti-climactic: according to this developer-focused page on the Motorola website, the Moto X for Sprint, T-Mobile, US Cellular, and Rogers in Canada will be unlockable, along with "two models just for developers."

What are these two models? Motorola's Vice President of Product Management Punit Soni took to Google+ to clarify.

Moto X on the Sprint, US Cellular, Rogers and T-Mobile networks will have an unlockable bootloader, and in addition, we will be offering a Verizon Wireless Developer Edition and a general North American Developer Edition.

That "general North American Developer Edition" will likely be just for AT&T (including its LTE bands), which likes unlocked bootloaders about as much as a lactose-intolerant diner likes the sneaky cheese layer in a casserole. And of course, none of this includes the Google Play Edition of the Moto X, which will forego Motorola's many software additions to 4.2.2 in favor of an AOSP build. The Moto X GPE will almost certainly have the same worldwide, AT&T, and T-Mobile bands as the One X and Galaxy S4 GPE. 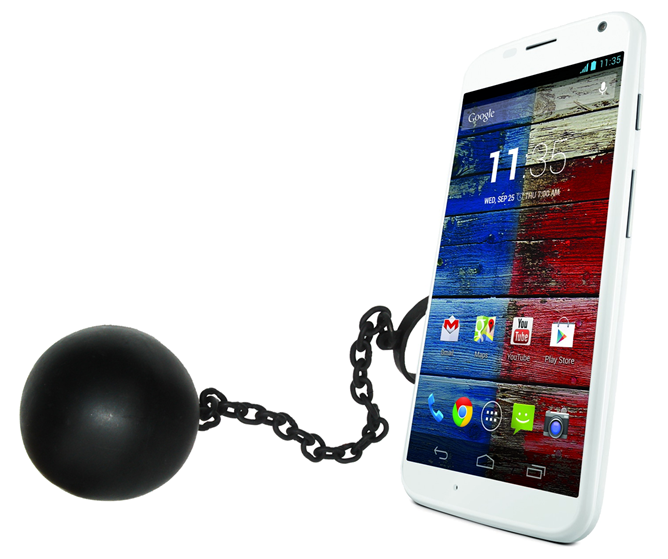 Let's be honest here: it sucks being a Verizon or AT&T customer who wants to customize his or her phone. These companies have shown downright contempt for modders and custom ROMs, and developer editions are barely a solution (at least not on Verizon, where they are frequently late and available in extremely limited quantities). This is particularly frustrating for the Moto X, because these developer editions are unlikely to be available from the Moto Maker website, and may not come in a 32GB version either.

But the percentage of consumers who insist on relatively open hardware is small enough that it just doesn't matter to them. Those of us who fit into this small segment are going to have to suck up and deal with it, or move to a less restrictive cellular provider. Of course, that doesn't help customers who are locked into a contract, or (like yours truly) live in areas where only one carrier is a viable choice. It is, as a wise man once told me, a bugger. Detailed Hands-On: NVIDIA Shield's PC Game Streaming - Is It All It's Cracked Up To Be?