SwiftKey needs no introduction at this point. It's widely considered by many to be the premier keyboard available for Android, if not any mobile device, for its ability to more accurately predict words by learning a user's habits. SwiftKey Cloud, on the other hand, is the new service that will sync your keyboard across multiple devices, preventing each install of SwiftKey from having to start fresh. A new beta is now available, so get it while it's hot. 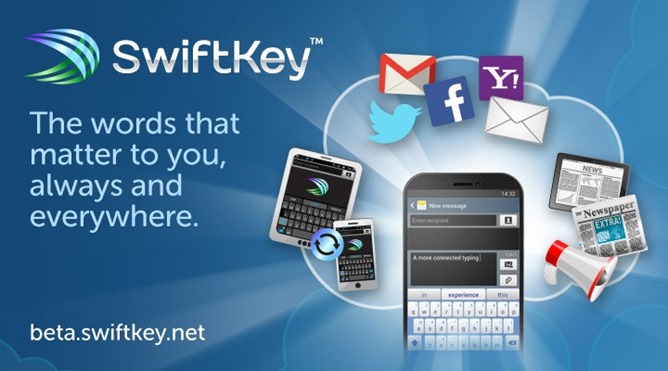 The beta is available via direct download. You can head over to the SwiftKey website, or you can just pounce on the links below. If you click on them from your phone or tablet, they will immediately start the download of the APK and prompt you to install.

This is mainly a bug fix release. There are improvements to SwiftKey's prediction quality and the behavior of different keyboard layouts when multiple languages are enabled. The app should also be less crashy when using Gmail and Kingsoft Office. There's a known issue where two emojis typed next to each other in Google Hangouts or Handcent combine into a weird new emoji, but that sounds more like a feature to us.

If the beta is too risky for you, hit up the stable version in the Play Store instead. The free version comes with a 30-day trial. After that, the keyboard costs $3.99. There's a tablet version available also, but it must be purchased separately.

How To: Switch The Chromecast To Beta And Dev Channels Just Like Chrome And Chrome OS