In addition to the Connect Chrome extension, yet another of Motorola's specially-built pieces of software has gone live before today's Moto X press event. This time it's an Android app, apparently designed to easily sync between an old phone and a new one. It's called Motorola Migrate, and it's available now for all phones running Android 2.2 or higher. 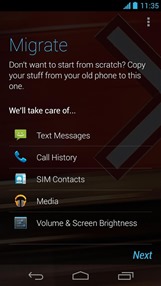 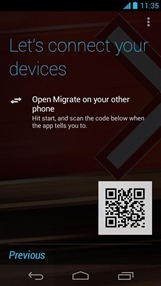 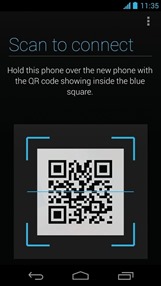 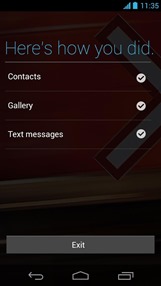 The idea is pretty simple: log into the Motorola service on your old phone, select among call history, text messages, SIM card contacts, media, and some very basic settings, open Migrate on your new phone, scan a QR code, and get going. It looks like Motorola is trying to cover all the important bases that aren't handled by Android and Google themselves - for example, while Google will sync your phone contacts to a new device, SIM contacts are not supported, causing some users to play musical chairs with phones and SIM cards. The Migrate app will likely be installed on new Motorola phones for the foreseeable future.

It's not clear how the larger bits of data such as the nebulous "media" are transferred. If, say, a 1GB collection of music should be sent over the user's mobile network, a good chunk of their monthly data could be eaten away, to say nothing of the fact that most users will only have one active SIM card available at any given time. WiFi support would seem to be the answer here, and is heavily implied via the app permissions. Tablets are not supported.