Well, it's finally here, folks: the Moto X just broke cover from a press embargo, and we can get down to the nitty-gritty of the real device. As heavily leaked, it's not the showstopping device that you might expect as Motorola's flagship: with a 4.7-inch, 720p screen and Moto's custom X8 chip (1.7Ghz dual-core CPU, quad-core GPU) it falls on the high end of the mid-range. But that's what the company is aiming for: a phone with as wide a release as possible. 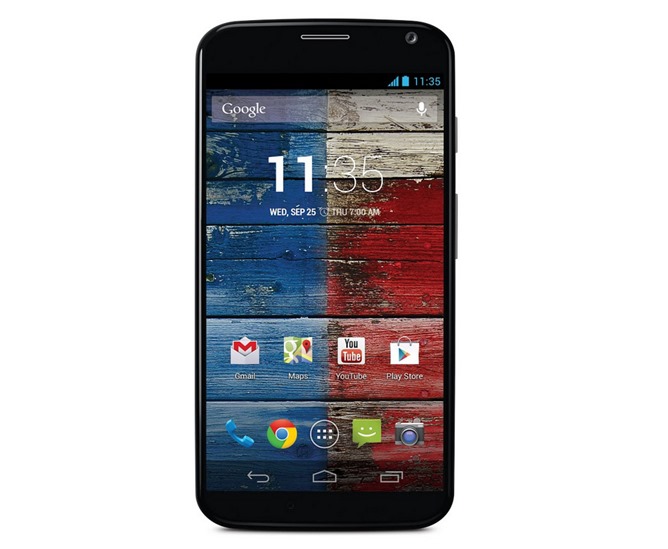 The hardware itself is quite similar to the DROID Ultra, with the X8 system-on-a-chip, 2GB of RAM, and a slightly smaller screen. The phone will come in 16GB for $199 on-contract, with no MicroSD card option. Standard GSM-LTE and CDMA-LTE models will be available for America's "big four" carriers plus US Cellular and most international carriers. AT&T gets the best deal out of the bunch: an exclusive 32GB model for $249 on-contract, and the Moto Maker customization website, which allows customers to pick a custom-colored backplate (even one made from wood) and personalized text. 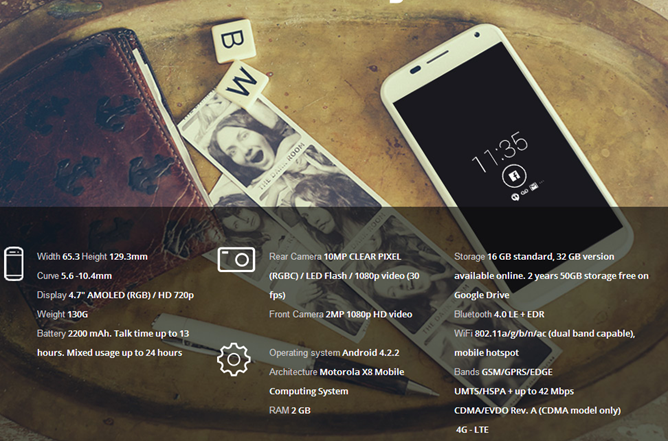 The phone is assembled in the United States, in a plant in Fort Worth, Texas. This is what allows the AT&T version (and again, only the AT&T version) to be insanely customized. At launch two color options will be available for the front, 16 for the back, with more opening up later. Motorola claims that once a custom phone is made, it will be shipped in four days are less. There are "more than 2,000 possible combinations" of colors and materials, with real wood backplates becoming available "later in the year." Other carriers will get a selection of colors, but most will start with the black and white versions you've already seen. 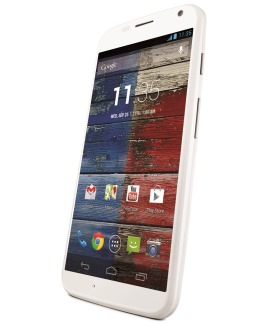 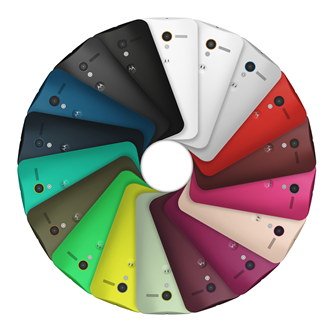 Software is Android 4.2.2, a bit of a disappointment after Google released 4.3 to Nexus devices last week. The reason is that it has a ton of software customizations from Motorola: pretty much all the things that we saw in the new DROIDs from Verizon. Likewise, the rear camera is the same 10MP ClearPixel shooter. The battery is 2,200mAh, and Motorola claims that this will last for 13 hours of talk time or an entire day of mixed usage. One last thing: the Moto X uses a nano-SIM, as seen in the iPhone 5. Motorola's specific additions to the software include an "always on" voice control feature for Google Now, Active Display alerts that use the Super AMOLED screen to display only certain pixels while the rest of the screen is off, a quick-launch camera flick gesture, and a variety of apps and user interface tweaks.

The Moto X (and the new Verizon DROIDs) get access to both Motorola Connect, a function that allows Google Chrome users to see texts and incoming calls in a desktop browser, and Motorola Migrate, an Android app for transferring SIM contacts, call logs, and other data to new phones. The Moto X will also give its owners a free 50GB expansion to Google Drive for two years.

The launch date for the Moto X is a vague "late August/early September" for the United States and Canada, and there is no word on an unsubsidized price.

TCL Communications, SunPartner Testing Technology That Could Draw Solar Power Via A ...