Welcome to the latest entry in our Bonus Round series, wherein we tell you all about the new Android games of the day that we couldn't get to during our regular news rounds. Consider this a quick update for the dedicated gamers who can't wait for our bi-weekly roundups, and don't want to wade through a whole day's worth of news just to get their pixelated fix. Today we've got an RPG-puzzle mix, two, count 'em, two helicopter games, a stylish retro platformer, and another puzzle game from Noodlecake. Without further ado:

We've featured Hero Forge before: it's an interesting take on the Puzzle quest mix of puzzles and RPG elements. The game is finally out of beta, and ready to download from the Play Store for everyone. The battle system combines a sliding block puzzle with inventory, weapons, and armor upgrades, not to mention an interesting and appealing art style. The game is multiplayer only, but since the beta began things seem to be much improved, and local bouts can be initiated over NFC.

Hero Forge is a fantasy puzzle RPG where you battle opponents by matching 3d blocks and executing skills in a series of intense rounds. 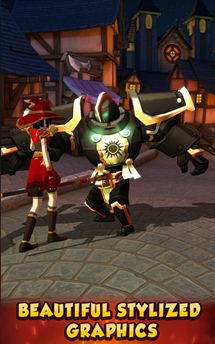 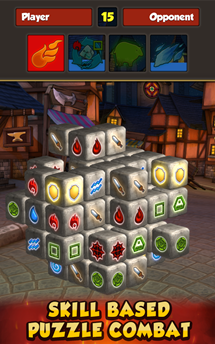 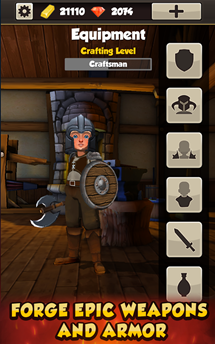 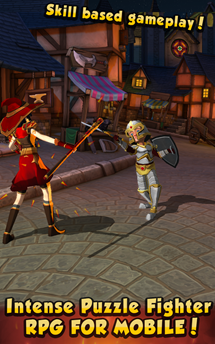 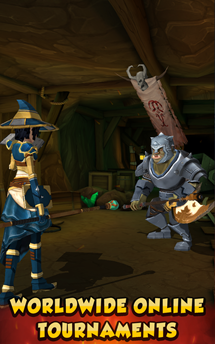 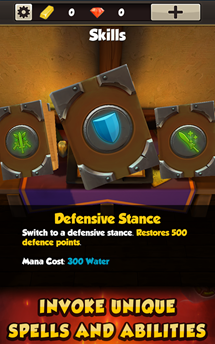 Console gamers know that piloting helicopters is usually frustrating, but Choplifter HD hopes to solve this problem with a shift in perspective. In this mobile remake of an old franchise, you're tasked with flying a whirlibird in a 2D plane, even though the graphics are 3D. You'll fight your way through warzones to rescue civilians (including a certain Duke who's low on bubblegum), but don't take it too seriously - check the trailer below for a Wilhelm Scream.

In Choplifter HD™, players take on the role of an up and coming rescue pilot asked to join the elite, international helicopter rescue team. Pilots are trained to command a variety of helicopters deployed on more than 30 different missions. Combining reality with elements of fantasy, missions will range from captured military prisoner extraction to saving survivors of viral outbreaks. Pilots must bank, hover, touch-down and sometimes even shake zombies from their chopper during lift-off in order to make their rescue and complete their mission. What's this? Two helicopter games in one roundup? Indeed it is. Suspect In Sight takes a more GTA spin on things, with full 3D gameplay and huge open environments. You'll be playing as the police who are hunting down various speedsters, smugglers, and good-old-fashioned thugs as they speed though Miami, New York and Los Angeles. Don't stop to sightsee, though: you're on the clock. The cartoony cutscenes in between the levels are bit racy, so you might not want your kids playing this one.

Live the life of Rob, the ultimate badass police officer, who gets things done! Fly his police chopper and use its spotlight to catch criminals on the loose! Bring law and order back to three great American cities – Miami, New York and Los Angeles*! Unveil comic frames drawn by one of the world’s best comic artists and help Rob succeed in his quest to deliver justice! A Ride Into The Mountains

Sitting decidedly in the retro camp, A Ride Into The Mountains stars A Horse And His Boy a boy, his horse, and a bow and arrow, taking down bad guys, saving the world, and all that jazz. The graphics are pixelated but stylish, and this game is definitely designed for the bits and chips crowd. But for all that, it's undeniably skylight and atmospheric, and early reviews are quite positive.

Evil force invaded the relic in the mountain. Darkness began to spread. A brave young man, equipped with his family’s unique mounted archery skills, rides into the mountains to battle against the mysterious demons. In Noodlecake's Squarescape, your objective is to grab a dot and get out of the level. That's it. In a super-simplified take on the sliding block puzzles of all those old Zelda and Pokemon games, your square won't stop until it hits something, and you can't pass through the gate to get to the next round without grabbing the ball. 100 levels increase difficulty and variety as you progress, and there are multiple answers for most of these simple stages.

You are trapped. An exit you think will set you free only leads to another colorfully unfamiliar area. The chance to return to where you once were depends solely on the power of a small circle and your own ingenuity. Navigate the puzzled scape of unknown worlds to rediscover where you belong. Can you escape?

Moto X Will Not Be Sold Outside Of The Americas, Cheaper Versions To Be Made As Company Focuses ...