At this very moment in time, the new Nexus 7 is probably the hottest tablet on the planet. There's a good reason for that, too: Google built on what it started last year with the first gen N7, improving it in almost every way. The new generation has a faster processor, double the RAM, and a higher-resolution display, just to name some of the most obvious changes. Early reviews of the device (worry not, ours is on the way) have praised it almost endlessly, proving that Google really hit the mark with its newest small tablet. 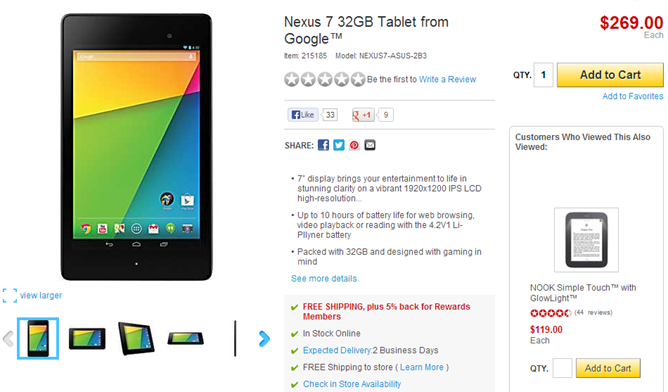 So here's your chance to score one of two tablet or a $50 gift card, courtesy of Staples. The prizes are as follows:

And now for the fun part: entering! Well, I guess the fun part is really winning, but this is the first step towards that. Yay!

This one's limited to US residents only. Sorry, guys.

The contest begins how and will run for one week, ending on Thursday, August 8th at 12:00 AM PT (midnight). After that, we'll randomly select three winners and send out notifications.