Chainfire has been a busy, busy developer. Just a few days ago he released the first working root app for Android 4.3, and now he's sharing an early alpha of his new location tracking project, GeoLog. It's similar to other coordinate logging applications, but takes full advantage of Google's new Fused Location Provider and Activity Recognition APIs (check out Google's demonstration at I/O) to determine how precisely it should be tracking your position, and if it should even be actively logging at all. The technique involves using various sensors on the phone, like the accelerometer and GPS, to determine when you're standing still, walking, or even riding in a car.

The goal for the app is to be a low-power alternative to typical battery-gobbling GPS loggers. Inspiration came from Chainfire's own upcoming vacation plans, where he will be traveling through the jungles of Costa Rica and taking pictures with his DSLR camera, which lacks a GPS. When he returns home, he intends to export the logs and sync them up with his photos in Adobe Lightroom. Hopefully, the power savings will be enough to keep his phone alive between charges. 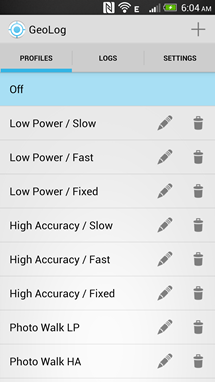 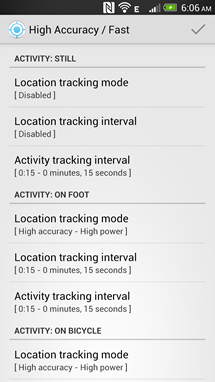 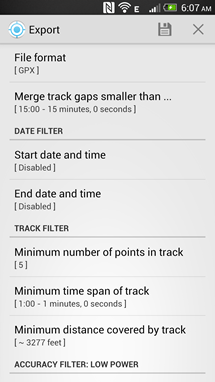 Activating GeoLog simply requires picking a tracking profile, which gives hints to the system about how you expect to be moving. If you will be driving around town, you may want to choose one of the fast profiles to ensure constant polling. On the other hand, if you are out to take some pictures, one of the "Photo Walk" options will allow the device to relax when it realizes you've stopped moving for a while. The provided profiles can be tuned for your needs, and you can add as many as you like.

GeoLog supports exporting to the two most common logging formats: GPX (for software like Adobe Lightroom) and KML (used by Google Earth). While the app is in an experimental stage, it is free and offered without restrictions on use. However, as it reaches maturity, Chainfire may opt to put some new or existing features behind an in-app purchase. He has also been careful to remind users that serious testing has only occurred on a Samsung Galaxy S3 running Android 4.2, so there is a chance that the app will not perform as expected on other devices and versions.

Thanks Jorrit! Stay safe out there! 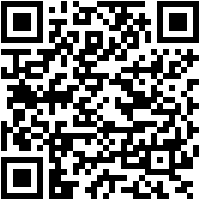