The new Verizon DROID devices announced last week had been thoroughly leaked before the event, but one thing nobody expected was Motorola's new X8 mobile computing platform. The Google subsidiary was intentionally vague when discussing the chip, leaving us scratching our heads. Now Motorola has opened up about the hardware powering those DROIDs, and maybe the Moto X, which will be announced tomorrow. 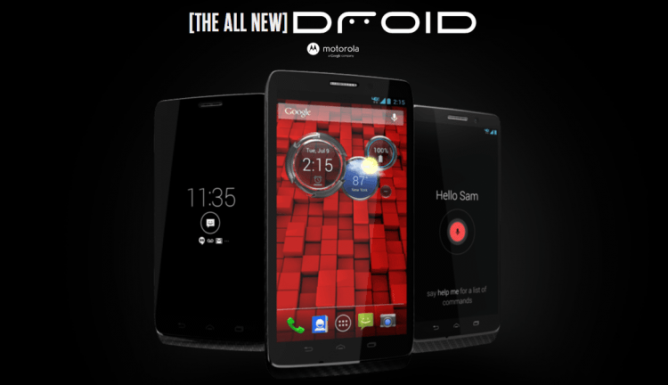 We already knew the X8 was based on a dual-core Qualcomm Snapdragon S4 Pro. However, the X8 isn't a processor – it's not even a single system-on-a-chip. The Snapdragon serves as the SoC, with the new Motorola "contextual computing" and "natural language" processors nearby. The Snapdragon firmware has been tweaked in a variety of ways including cache optimizations, Dalvik changes, and a new file system. The company believes this will provide better performance.

Those two new processors aren't ARM cores, but Motorola isn't ready to explain what exactly they are. The company directed the production of the custom silicon, but didn't design and fab it. The contextual computing processor manages the sensor inputs, display, and touch detection. It seems to run the phone when in standby mode, which allows for those Active Display notifications. The natural language processor does all the voice processing and noise cancellation.

Because the X8 system is not a single SoC, these two extra processors can be used with other ARM chips. The X8 is tuned to work with the modified Snapdragon right now, but there's no reason it couldn't work with an Exynos or Tegra. Adding the X8 system doesn't require changes to the fundamentals of stock Android, according to Motorola. Even the Active Display notifications are using the same notification framework present in stock Android. The Moto X announcement might bring more details, but for now we'll have to wait.